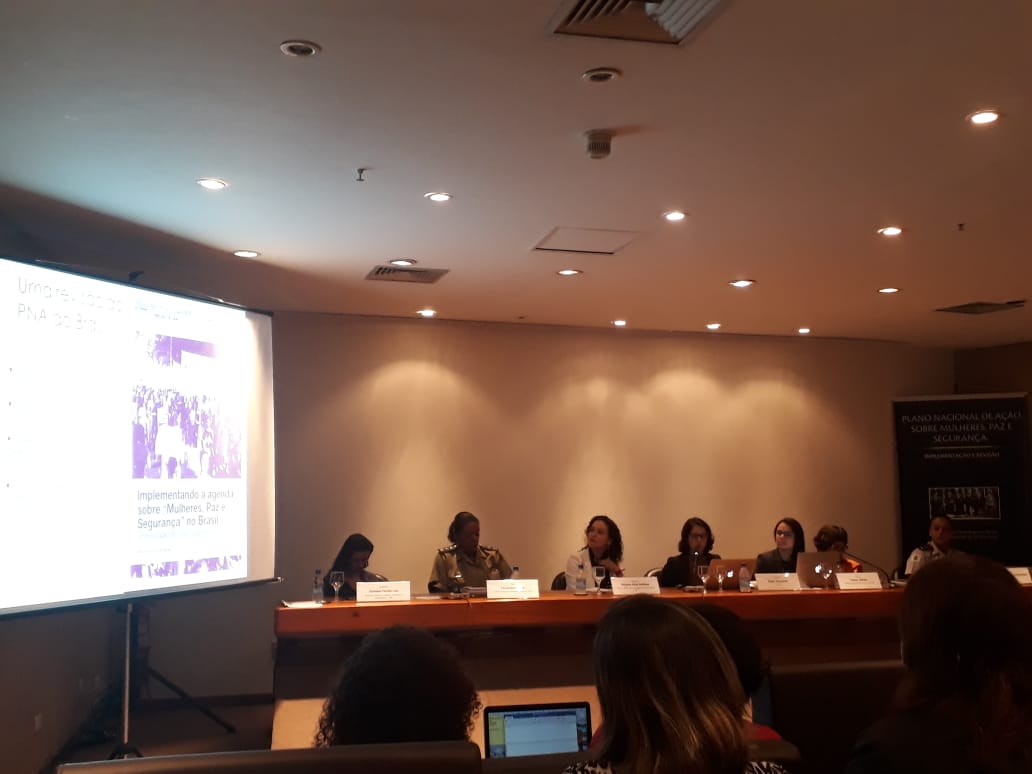 Paula Drumond and Tamya Rebelo, from GSUM, participate in the Seminar “National Action Plan on Women, Peace and Security: Implementation and Revision”

On November 1st, 2018, Paula Drumond (deputy coordinator of the Global South Unit for Mediation (GSUM) and professor at IRI/PUC-Rio) and Tamya Rebelo (GSUM collaborator and professor at Centro Universitário Belas Artes de São Paulo) participated in the Seminar “National Action Plan on Women, Peace and Security: Implementation and Revision”. The event was held by the Brazilian Ministry of Foreign Affairs, in collaboration with Alexandre de Gusmão Foundation (FUNAG), and by Igarapé Institute, taking place at Palácio do Itamaraty, in Brasília.

The aim of the event was to review the progress that has been reached and to raise potential targets for the reedition, or extension, of the Brazilian National Action Plan (NAP) on Women, Peace and Security. The event gathered members of the working group which elaborated the Brazilian NAP, alongside experts and other actors with an interest in the subject.

At the event, Paula Drumond and Tamya Rebelo presented the report “Implementando a agenda sobre ‘Mulheres, Paz e Segurança’ no Brasil”, commissioned by the Igarapé Institute. In the publication, the authors analyze the content of the National Action Plan on Women, Peace and Security, a document that was adopted in Brazil on March 08, 2017 as a response to the UN Security Council Resolution 1325 (2000). The publication identifies the main advancements introduced by the plan, as well as substantial, operational and methodological challenges to the realization of its targets. In the document, Paula Drumond and Tamya Rebelo also offer some recommendations, seeking to foster a public debate on the “Women, Peace and Security” agenda in Brazil.