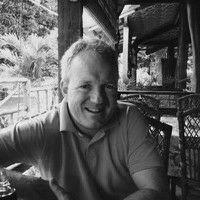 Dr. Conor Foley has worked on legal reform, human rights and protection issues in over thirty conflict zones for a variety of human rights and humanitarian agencies including: UN DPKO, UN OHCHR, UNHCR, UN-Habitat, and Amnesty International. He is author of The Protection of Civilians by UN Peacekeeping missions, Cambridge University Press, September 2017, and The Thin Blue Line: how humanitarianism went to war (Verso: 2010). Other books include: In Spite of You: Bolsonaro and the New Brazilian Resistance (2019); Protecting Brazilians against torture (2013); Another system is possible: reforming Brazilian justice (2012); Human Rights, Human Wrongs: The Alternative Report to the United Nations Human Rights Committee (1995); and Legion of the Rearguard: The IRA and the Modern Irish State (1992).  He obtained his Ph.D. in international law from the University of Essex and is a Visiting Fellow at its Human Rights Center.