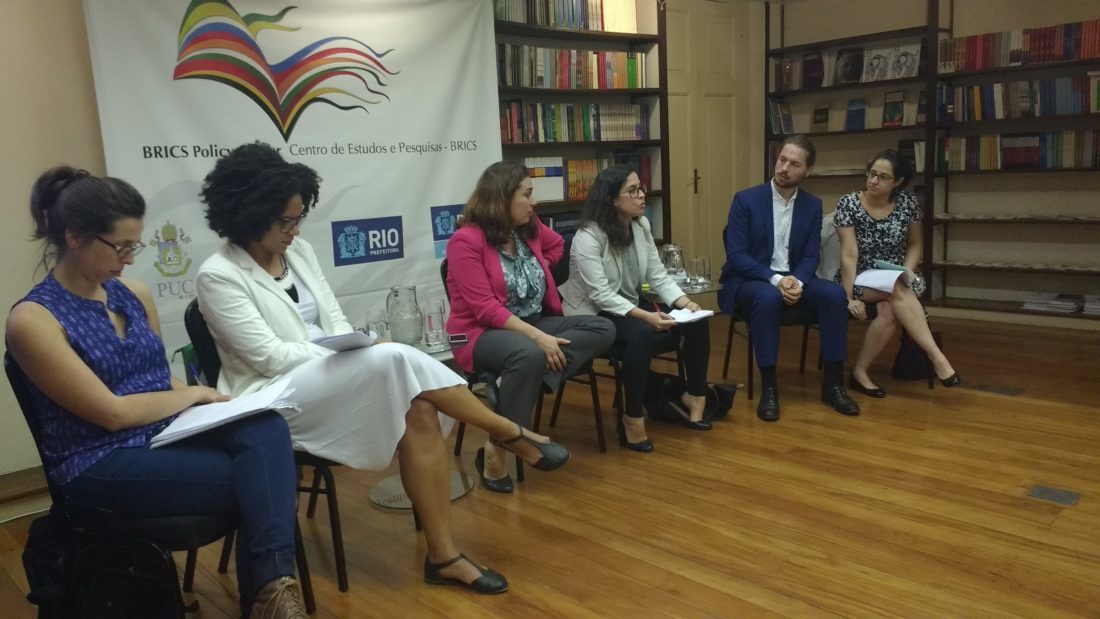 Roundtable of the Mediation Unit (GSUM) discussed the agenda of women, peace and security in Brazil

On August 8, 2017, the Global South Mediation Unit (GSUM) held, with the support of the Igarapé Institute, the roundtable “Resolution 1325: Implementing the Agenda of Women, Peace and Security in Brazil.” Together, government, civil society and academy experts discussed Resolution 1325, its developments and the current agenda in Brazil after the launch of its first National Action Plan (PNA) in March of this year. The event was attended by Felix Würket (European University Viadrina / GSUM Fellow); Andréa Gill (PUC-Rio); Pérola de Abreu Pereira (advisor to the Ministry of Defense); Renata Giannini (Igarapé Institute); and Thula Pires (PUC-Rio). The debate was moderated by Paula Drumond (GSUM researcher).

After a brief introduction to the theme and its trajectory since 2000, when Resolution 1325 was approved by the Security Council of the United Nations, participants discussed the process of conception of the Brazilian NAP, reflecting on its advances and its limitations . The plan’s unique emphasis on the external environment and the importance of its future incorporation of domestic challenges was one of the main issues under discussion, as well as the need to institutionalize the agenda so that measurable goals can eventually be established and budgetary allocations guaranteed. In addition, the role of civil society in the elaboration and continuity of public policies and the possibilities of politically disputing what was meant by “gender”, “peace” and “conflict” were considered.

The roundtable was closed by a question and answer session with the audience, which included academics, members of civil society and the Armed Forces.

To learn more about the Women, Peace and Security Agenda and its relation to international mediation, please access our Policy Brief “International Peace Mediation and Gender: Bridging the Divide”, by Julia Palmiano Federer and Rachel Gasser (swisspeace).