The Future of Innovation Policy in Brazil: challenges and opportunities 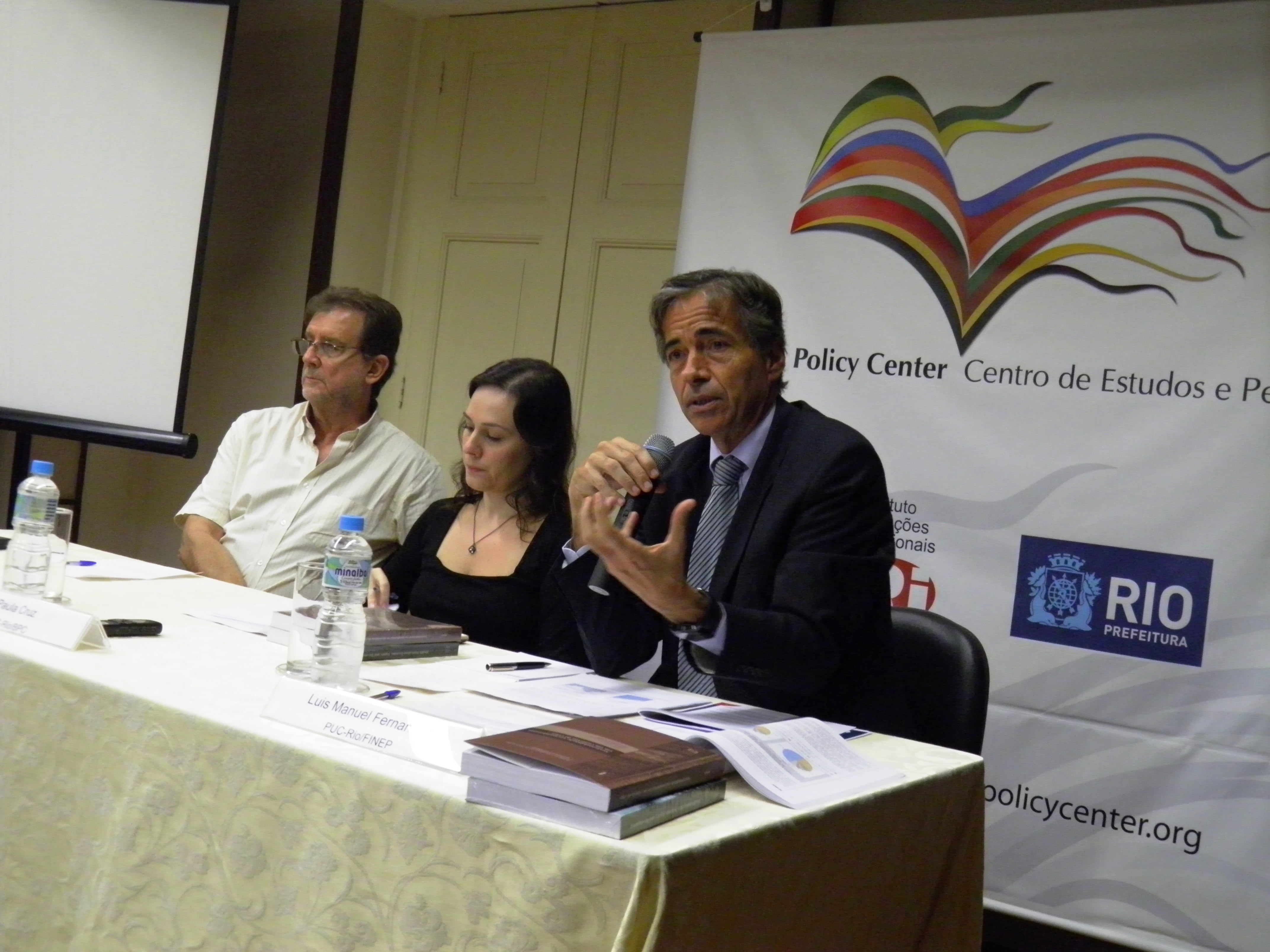 On April 16, 2015, reserach program Innovation and Governance of Development of the Center for Studies and Research of BRICS reached the colloquium “The Future of Innovation Policy in Brazil: Challenges and Opportunities”, with professors José E. Cassiolato (IE / UFRJ) and Luís Manuel Fernandes (IRI / PUC-Rio and FINEP). The debate was moderated by Paula Cruz (IRI / PUC-Rio) and has covered the main topics of the current Brazilian innovation policy agenda.

After brief considerations about the concept of innovation, Prof. José Cassiolato evaluated that, despite the efforts developed over the last decade, the rate of innovation in the productive sector of public investments does not follow the significant increase in public investiments.

He highlighted some of the main critical points of Brazilian innovation policy, among them the lack of investments in activities other than R & D, especially activities related to the creation and training of human capacities; the lack of encouragement to consolidate relations among the various institutional actors of the Brazilian innovation system, going beyond university-company interactions; and the absence of mechanisms that address the informal sectors of the economy. The professor compared the case of Brazil with other BRICS countries, highlighting the fundamental role of the State in the organization and coordination of the various processes and actors involved in national innovation systems.

In turn, Prof. Luis Fernandes presented a review of the results achieved by the Brazilian innovation policy over the last decade and the challenges that still need to be addressed. Comparing the case of Brazil with the other BRICS countries, he emphasized the importance of legal and institutional instruments, such as the Innovation Law and the economic subsidy mechanism, highlighting positively the significant increase in government R & D investments, as well as patents and publications of scientific articles in indexed journals. Nevertheless, the president of FINEP acknowledged the weakness of the traditional indicatives and stressed the need to adopt a systemic view of innovation. In addition to this, two other major challenges were emphasized: the need for long-term program continuity, and state reform to make it more effective in promoting innovation.

Researchers, experts and representatives of government bodies from Brazil and abroad, including the Finnish ambassador and the Consul of Norway in Brazil, then had the opportunity to raise specific issues related to the topic of innovation, closing the event with a rich debate on this strategic pillar of development policy in Brazil today.