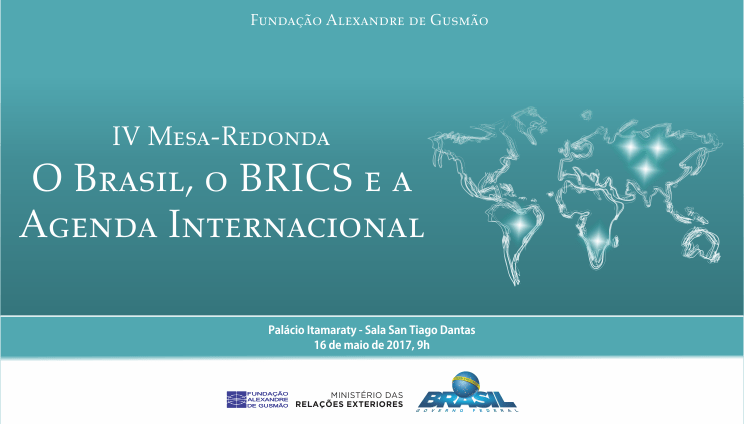 The Foundation Alexandre Gusmão (FUNAG) and the Department of Inter-Regional Mechanisms of the Ministry of Foreign Affairs will organize the IV Round Table “Brazil, the BRICS and the international agenda” to be held on May 16, 2017 in Brasília . The event will be composed of four panels that will discuss, from different points of view, the insertion of the group, composed of Brazil, Russia, India, China and South Africa, in Brazilian foreign policy. The first panel discussion, whose theme will be “The BRICS and the international insertion of Brazil” will be attended by the BRICS Policy Center, which will be represented by its General Supervisor, Prof. Paulo Esteves. For more information click here.