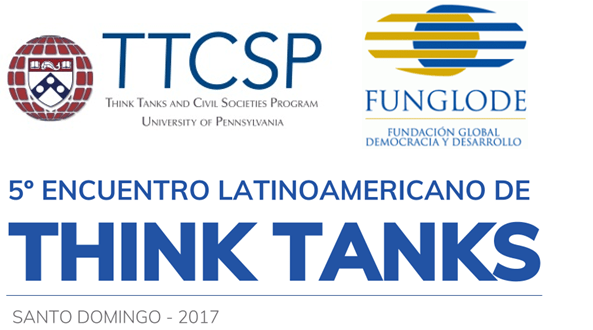 Between October 18th and 20th, 2017, the 5th Latin American Think Tank Summit will be held in Santo Domingo, Dominican Republic. The BRICS Policy Center will be represented by its General Supervisor, Prof. Paulo Esteves.

This year’s event, which is co-sponsored by Fundación Global Democracia y Desarollo (FUNGLODE) and the Think Tanks and Civil Societies Program (TTCSP) at the University of Pennsylvania, will discuss important issues related to public policy and political climate in Latin America. Furthermore, it will analyze which roles think tanks might have in the future development of the region.