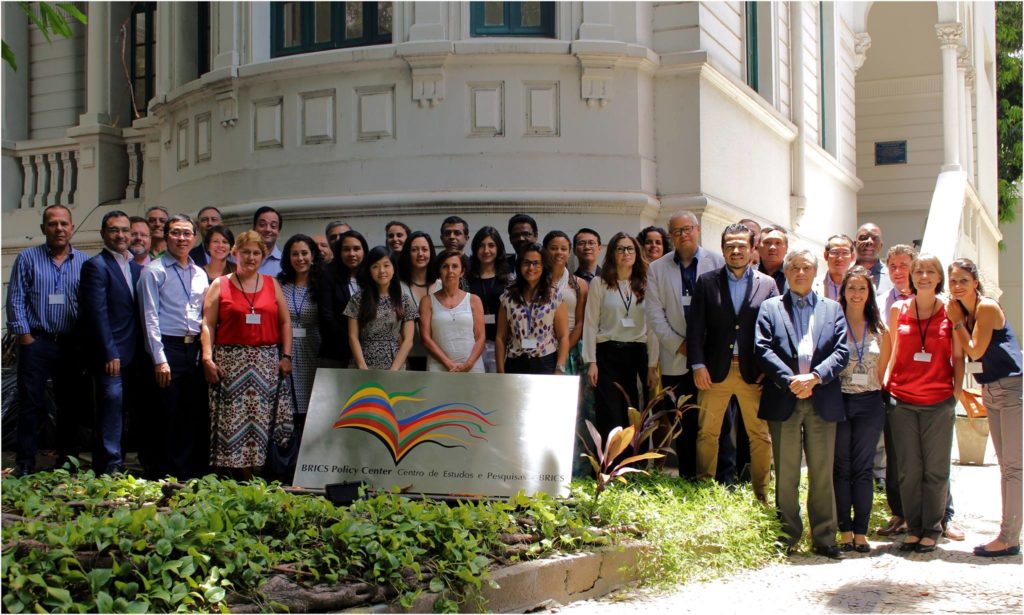 Dialogues of the Brazilian South-South Cooperation: Monitoring and evaluation

Looking to discuss issues such as “How to evaluate CSS practices?”, “How to monitor the impact and effectiveness of your projects and programs?” And “To what extent should they be quantified differently from North-South cooperation?” BRICS Policy Center organized the event that became known as “South-South Brazilian Cooperation Dialogues: M & A” on 16-18 and 25-27, 2017 in collaboration with the Brazilian Cooperation Agency (ABC). with the participation of more than 10 countries, the event was supported by South Coalition and funding from Seoul Policy Center, FAPERJ and CNPq.

South-South Cooperation (SSC) has become a common topic among scholars and international relations experts for the past 40 years. Behind the interest in SSC, there are three important facts: (i) sharing experiences between countries in the global south would distinguish their practices from those conducted by traditional Northern donor cooperation; (ii) the uniqueness of cooperation among developing countries would be in line with their practices and principles of traditional cooperation by Northern countries, such as the principle of demand-orientation or mutual benefit; and (iii) the volume of CSS flows, which although modest in relative terms, would be growing significantly.

Representatives of cooperation agencies in Thailand, Chile and Singapore, for example, enriched the debate with perspectives of new CSS stakeholders. For Chile, the theme of monetization in the evaluation of SSC is important in the sense of domestic accountability, but should not be an international benchmark. When talking about CSS it is important to look at the market value and not the cost of the programs / projects. The representative of Mozambique has made an important contribution from one of the countries that receives the most international cooperation in the world, such as the difficulty of systematically informing the CSS projects that happen in partnership with his country to be properly reported to the Mozambican government itself.

The perspective of traditional cooperation was brought by the representative of the Development Assistance Committee of the Organization for Economic Co-operation and Development (DAC / OECD), Mr. Michael Laird, who pondered the monitoring and evaluation (M & E) history of international cooperation in his agency and was surprised to discover the complexity of the debate around the principles and elements of CSS that differ from North-South Cooperation. International agencies such as UNICEF, the ILO, the World Food Program and the FAO, in addition to the evaluation monitoring experiences of their agencies, have illustrated the specificities of trilateral cooperation with the Brazilian government.

In order to promote political dialogue among the various stakeholders of international development cooperation and to contribute to the elaboration of CSS Monitoring and Evaluation systems, the event had plenary sessions, dynamics that stimulated debate and working groups. Discussions were leveraged by presentations of case studies in monitoring and evaluation (M & E), such as the Cotton 4 project, presented by Ms. Paula Silveira – Project Analyst for ABC, Asia and Africa Coordination – and the M & E experience in the Secretariat for Evaluation and Information Management (SAGI) within the Ministry of Social and Agrarian Development (MDSA), by Mr. Paulo Jannuzzi – of ENCE-IBGE.

Surely the dialogues brought, rather than answers to the questions that opened the debates, a new range of elements to foster discussion. Questions like “What to evaluate?”, “How to evaluate?” And “Who to evaluate?” Will guide future publications. The BRICS Policy Center team, in partnership with South Articulation, will work towards the publication of a Roadmap for monitoring and evaluation systems of South-South Development Cooperation, which will provide elements for the generation of M & E systems that take in the particularities and diversity of CSS. It is worth pointing out that the document will not be a guide and will not reflect in any way the vision of any particular government, but rather will seek to present M & E practices and their applications to CSS initiatives.