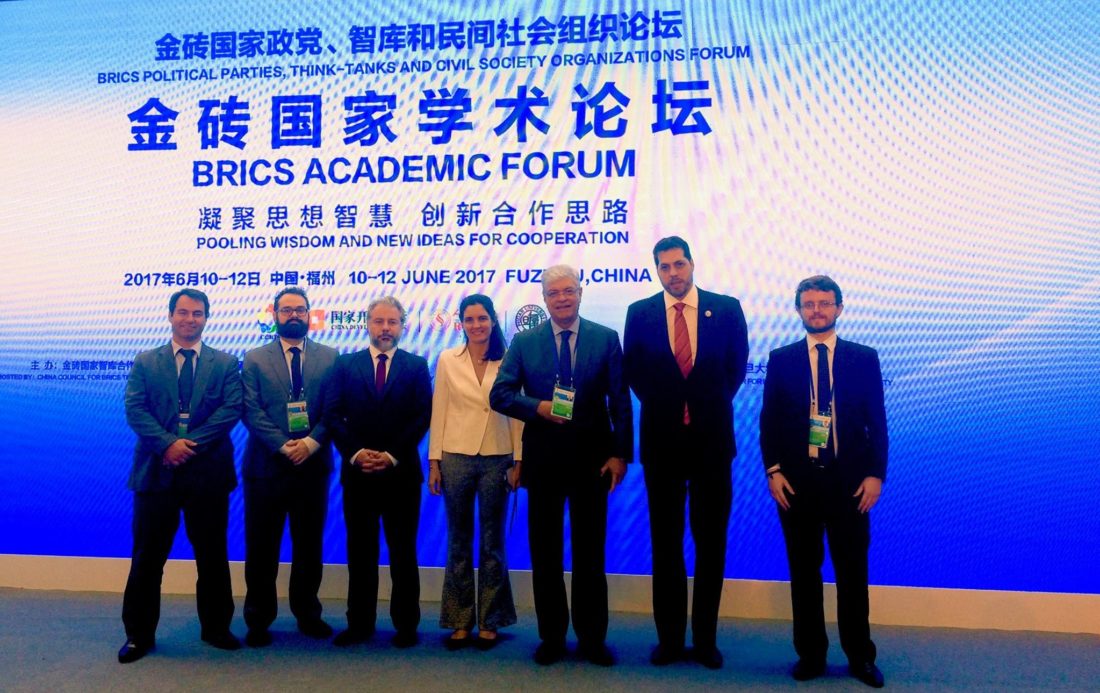 Between June 10th and 13th, the Chinese government organized the 9th BRICS Academic Forum in Fuzhou, China. The Forum was a part of the series of official events preceding the BRICS Summit and focused on the topic “Pooling Wisdom and New Ideas for Cooperation”. Professor Sérgio Veloso represented the BRICS Policy Center and led the opening speech of the first table of the event, dealing with the topic “BRICS Cooperation under the new Circumstances: Opportunities and Challenges”. This year’s edition of the Academic Forum was held simultaneously with the 3rd edition of the BRICS Civil Organizations Forum and the first edition of the BRICS Political Parties Forum.

The common declaration untitled “Fuzhou Initiative” was produced by the three forums as the final result of the event. It includes recommendations of scholars, social organizations and political parties and will be submitted to the Heads of State before the BRICS Summit, that will be held in September in Xiamen, China.