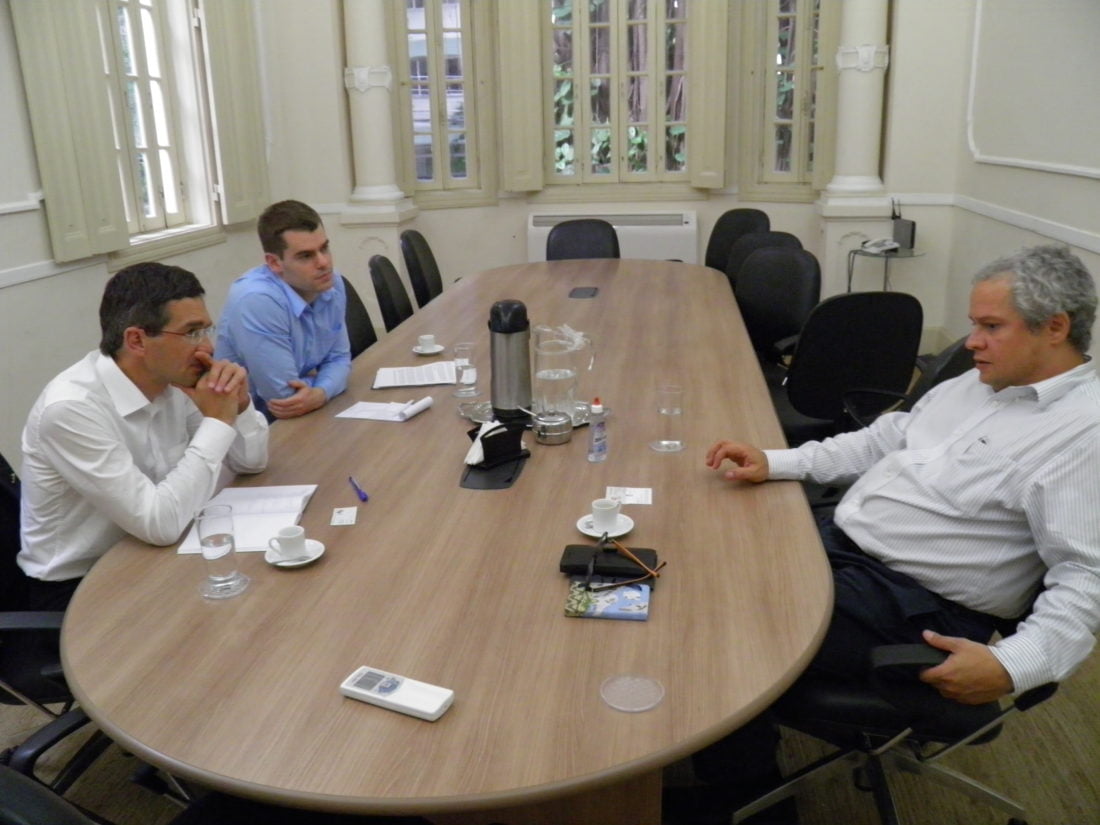 The conversation centered on the current political and economic state in Brazil. The delegates wanted Wrobel’s evaluation of the range of challenges Brazil’s economy faces, as well as of the country’s political climate. Wrobel also gave his opinion on possible solutions to these issues.

The talk also covered the current state of the individual BRICS countries, and as a result the possible political and economic junctures with other BRICS states as a means of solidarity with Brazil during these turbulent times for the country.

On September 28th, the BPC welcomed Matthijs Schroeder, from the Dutch political coordination office, as well as Simon Berger, from the Dutch Consulate in Rio de Janeiro, in September. The visitors were greeted by Dr. Paulo Esteves, with whom they traded experiences and insights, as well as spoke about potential collaborations.