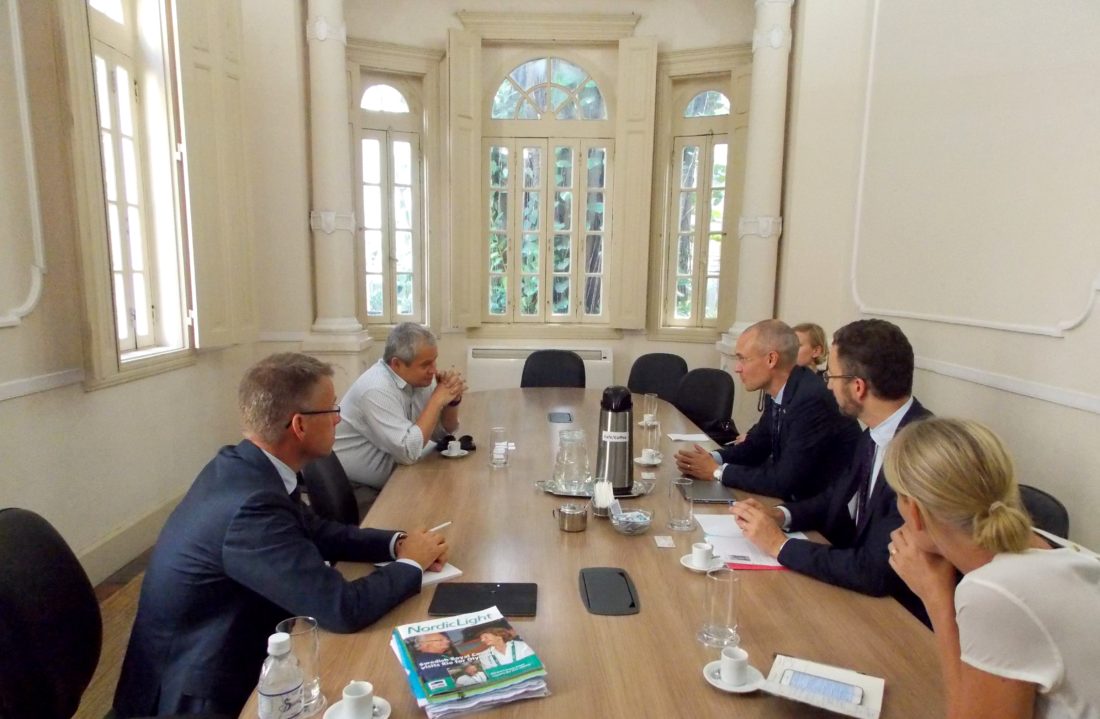 Aiming to increase cooperation and dialogue, the Supervisor General of the BRICS Policy Center, Prof. Paulo Esteves, received at the headquarters of the Center in Botafogo, on October 19th, 2016, the Vice Minister of International Trade of Sweden, Oscar Senström. Ambassador Per-Arne Hjelmborn, Advisors Cecilia Lif and Christina Weibull, and the Head of the Latin America Department, Mr Teppo Taurianen, also took part.

The topic of the meeting was Brazil in the context of politics and international trade. As a representative of Latin America in the BRICS bloc, understanding the political and commercial relationships of the country and also how it fits in these and in other areas of action, is of vital importance for any analysis that is made about the bloc or about the region.