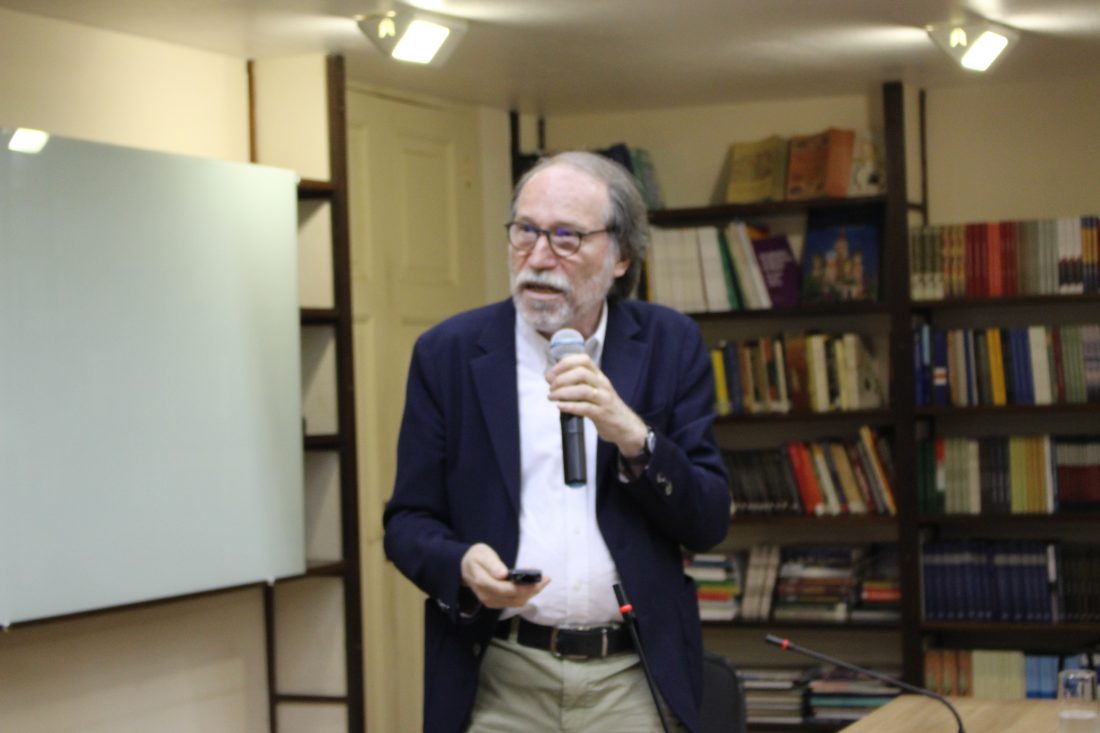 The Pacific Alliance: Regionalism without stress

On April 3rd 2019, BRICS Policy Center hosted the seminar “The Pacific Alliance: Regionalism without stress” by Professor Detlef Nolte, researcher at the German Institute of Global and Area Studies (GIGA) and professor of Political Science at the University of Hamburg.

Pioneer in regional studies of Latin America in Germany in the 1960s, Detlef introduced a few important elements in order to see Latin America from the perspective of the regional blocs during his presentation. Focusing on the Pacific Alliance, he presented an analysis compared to other blocs in the region such as CELAC and Mercosul, highlighting advantages and limits of this model “based on shared ideas and norms, lean objectives and low institutionalisation”.

Detlef brought a recent conceptual debate by mentioning the “paradox of autonomy”, “cross-regionalism” and the “weak regionalism”, and pointed out characterics of the intra-regional cooperation in Latin America as examples: weak commercial intra-regional exchange (decreasing since 2012), strong incentives to trans-regionalism, difficulties to embrace the political dimension and “obsession with sovereignty”.

According to the professor, examples of the elements that distinguish the Pacific Alliance include:

Detlef expressed positive expectations regarding the alliance. However, he considered some challenges, the biggest one being the possibility of political-ideological changes in governments, as can be observed in the recent Mexican election.