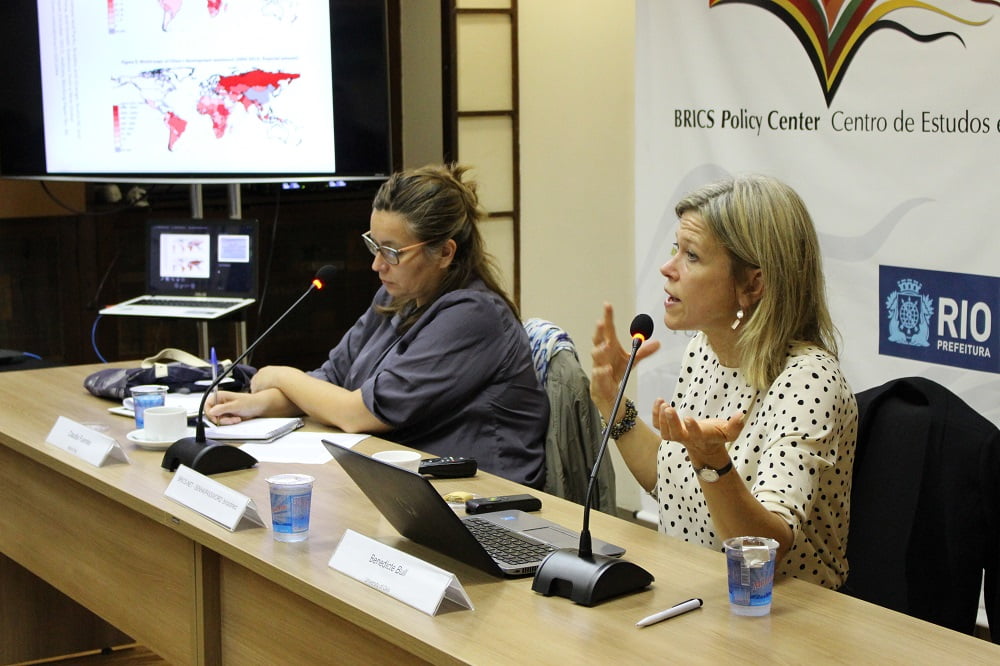 The impact of China’s investments in Africa and Latin Americaa

Political Science professor Benedicte Bull pointed out the main consequences of Chinese action in developing countries at the seminar “The Rise of China and the Development of State Capacity in Africa and Latin America”.

Benedicte Bull is a professor of political science and director of the Norwegian Latin America Research Network, having written an impressive amount of books on the region, especially on environmental policies, development and sustainable development. The article that gave the name of the seminar, she said, is an early exploration that will lead to more in-depth research into China’s engagement in developing countries, as well as the impacts that this engagement has on state capabilities.

The seminar presented the polarized debate on the impacts of Chinese intervention on the development of countries in Latin America and Africa. On the one hand, it is argued that China takes advantage and appropriates the material goods of the places where it goes, which would resemble a new form of colonialism. Moreover, such exploitation would be forcing these developing countries into a role of commodity producers. Other factors raised are the possible threats to democracy in countries with Chinese presence, China’s non-adherence to the 2005 Paris Agreement and the country’s influence on global development institutions.

On the other hand, China’s high investment abroad has made it one of the most important donors on the world stage, especially for certain African countries. In addition, the Chinese argue that their cooperation helps in fomenting world peace. By not being considered a superpower, the aid offered would be a way to establish China as a moderately successful country, and its policy of non-intervention would prevent possible disorders caused by its presence.

China’s influence on state capacity building would only be possible, however, depending on the vision of local elites on this strengthening. As a relational concept, state capacity would be tied to the strategic interaction between these two groups (China and local elites) so that it actually happens

You can access the video of the event here (coming soon).