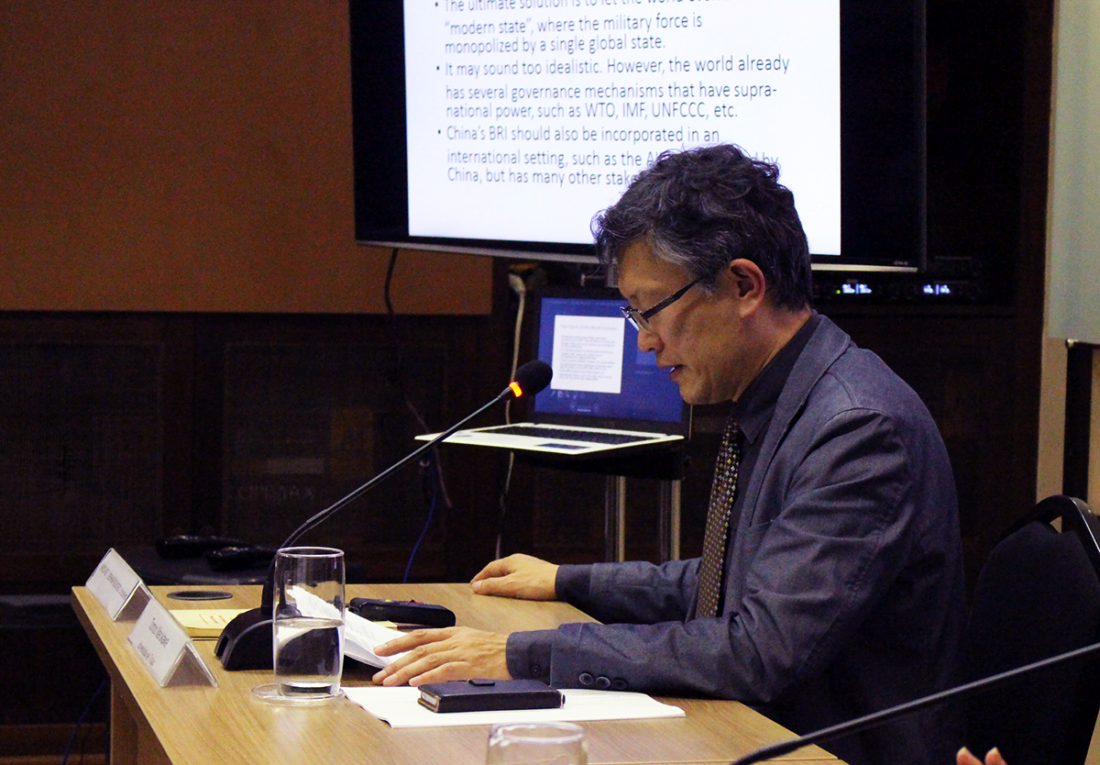 On October 24th, 2018, the BRICS Policy Center, in partnership with the Consulate General of Japan in Rio de Janeiro, hosted the seminar “The Economic Expansion of China and Its Impact on the Global Economy”.

The lecture was given by Professor Tomoo Marukawa, from the University of Tokyo, who lived in China for many years and, in his research, compares China’s rising to Japan’s in the decade of 1970.

The seminar aimed to discuss the change in China’s status in international finance and the country’s increasing engagement in the economic development of emerging economies, which are becoming more and more dependent on trade relations with China. Professor Maria Elena Rodrigues explained why the academic importance of holding the seminar:

– This discussion also allowed us to analyze in greater depth the growth of the relationship between Brazil and China in the area of ​​investment, the diversification of the trade agenda and the reflection on the relationship with Latin America since Brazil clearly functions as a diffusing pole not only of the presence of China, but China’s operation in Latin America.