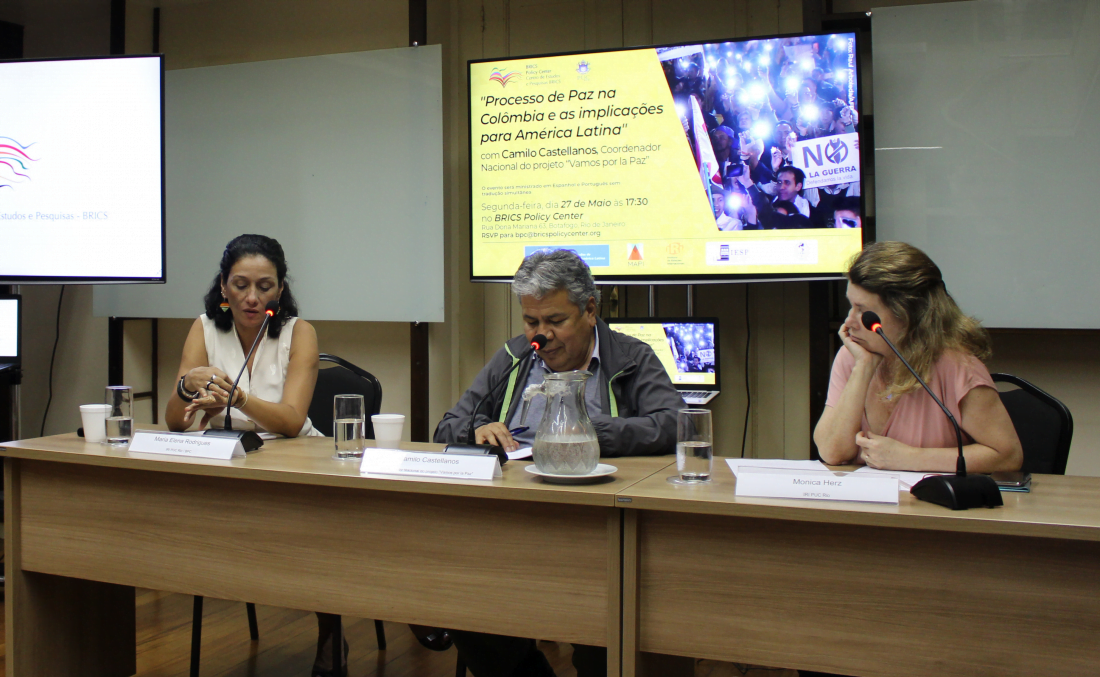 On May 27, 2019, the BRICS Policy Center hosted the debate about “Peace Process in Colombia and its impacts for Latin America”, given by Camilo Castellanos, National Coordinator of “Vamos por La Paz”, a project made up of 14 Colombian civil society and the “Red Francia Colombia Solidaridades” (RFCS). The event was opened by Professor Maria Elena Rodriguez from BRICS Policy Center, followed by the Castellanos lecture, which began with an introduction on the historical context of the Colombian conflict. What began with Colombian rural dwellers being expelled from their lands by new landowners, has turned into a complex conflict characterized by violence, economics, and politics.

Castellanos also highlighted the disputes in Colombian society about the referendum on the Peace Accord in 2016, emphasizing the fact that many Colombians did not have correct information about what was negotiated in the agreement. Consequently, this has caused a huge division in society. The Peace Agreement covers mainly the theme of land and cultivation, the political participation of the guerrillas and the administration of justice for peace. However, the progress of the peace process and the possible outcome in relation to the political scenario in Colombia is still not clear.