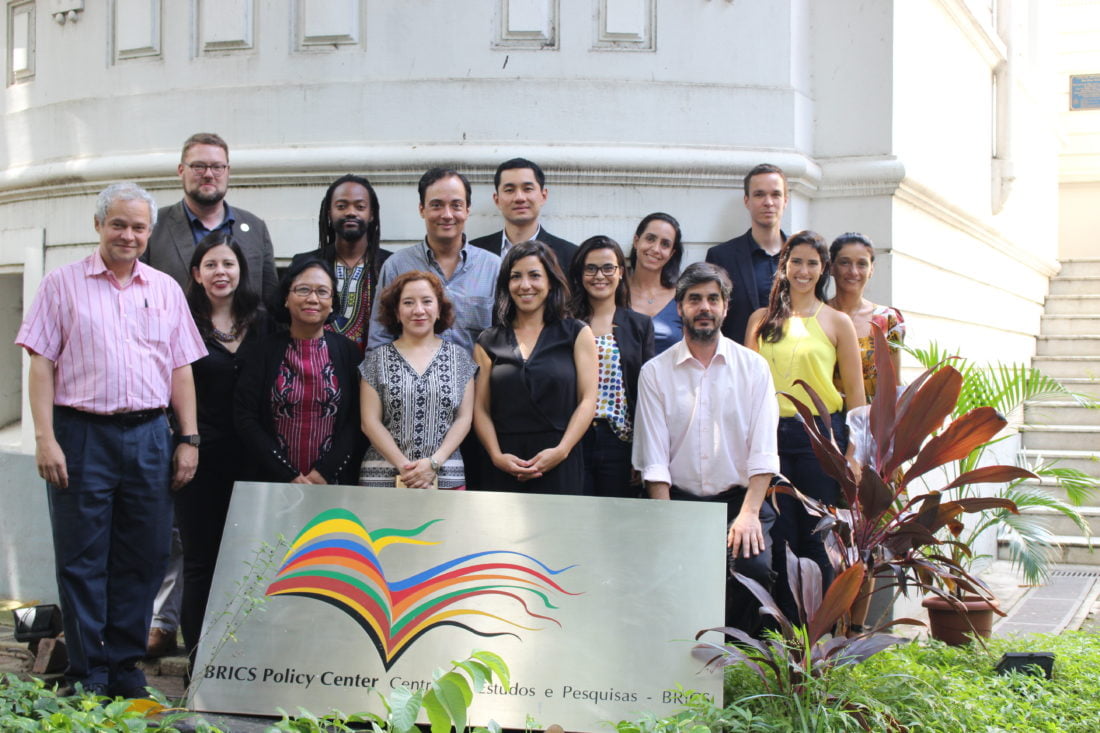 South-South Cooperation, Trilateral Cooperation and the implementation of the 2030 Agenda

Experts from various countries, who attended a meeting in the library of the BRICS Policy Center, emphasized the importance of involving civil society and the private sector as agents in the implementation of the 2030 Agenda, a set of 17 sustainable development goals adopted in 2015. Coming from countries like Mexico , Indonesia, South Africa, Germany and China, the guests also commented on each country’s experience with South-South cooperation and Trilateral cooperation. The meeting was an initiative of the BPC, the Network of Southern Think Tanks (NeST) and the German Institute of Development (DIE).

According to Paulo Esteves, Director of the BRICS Policy Center, there is “an increasing competition rather than cooperation” among countries that individually try to achieve their goals, and one of the consequences is making the deregulation between them grow. The researcher also believes that the role of the private sector “will be essential if the goals of the 2030 Agenda and the Paris Agreement are to be achieved”, which makes civil society, which has to move this sector, another important actor in fulfilling the goals.

André de Mello e Souza, a researcher at the Institute of Applied Economic Research (Ipea), also stressed the importance of the private sector and the civil sector in the process.

– Unlike the Millennium Development Goals (MDGs), the Sustainable Development Goals (SDGs) are more democratic, but bring more complex and sometimes contradictory goals. Therefore, they must be adapted to the national realities of each country and involve civil society, as well as governments and the private sector.

The 17th and final SDG is “Strengthening the means of implementation and revitalizing the global partnership for sustainable development”. To Medelina K. Hendytio, Deputy Executive Director of the Center for Strategic and International Studies (CSIS), the goal is an example of how the agenda emphasizes the importance of South-South cooperation and triangular cooperation. She justified:

On the other hand, André de Mello e Souza believes that, although South-South Cooperation is included in the 17th goal, it still acts marginally.

Cao Jiahan, researcher at the Shanghai Institute for International Studies, commented on the Chinese experience with South-South cooperation.

– The Chinese government is committed to social and environmental issues, as well as contributing to infrastructure in various countries, which promotes the Sustainable Development Goals and goes beyond the immediate aid, combining it with investments in South-South cooperation .

However, Jiahan points out that there is still a need to strengthen Chinese cooperation with other countries, including the One Belt, One Road initiative, which was the central theme of China’s second ministerial meeting with the Community of Latin American States and Caribbean (CELAC-China) earlier this year in Santiago, Chile.

As for Trilateral Cooperation, Sven Grimm of the German Institute for Development said that the main criticisms of the model are the exaggerated focus in the States, and differences between theory and practice of its operation.

Similarly, Philani Mthembu of the Institute for Global Dialogue in South Africa said that the mechanisms of Trilateral Cooperation should be reviewed.

– We need to identify the impact of triangular cooperation in all three countries involved, not just in the recipient country or provider country.