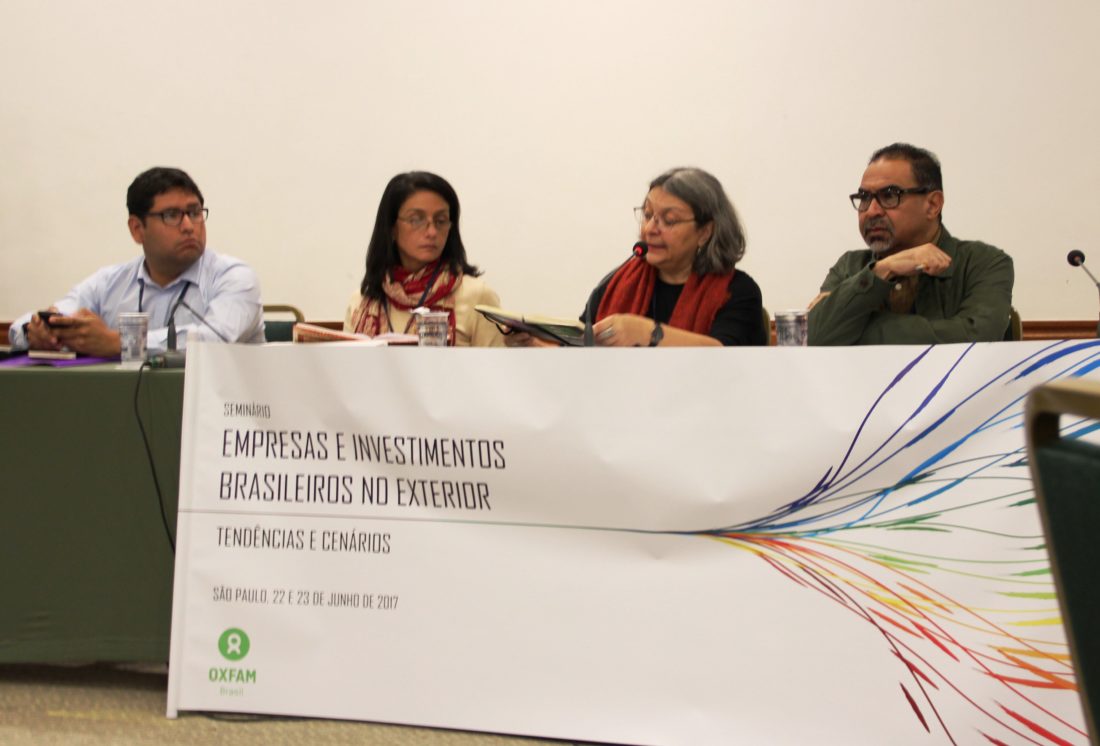 On June 22nd and 23rd, 2017, the seminar organized in São Paulo gathered more than 60 social organizations representatives, scholars and researchers from Brazil and all over Latin America in order to debate transformations of multinationals companies practices and Brazilian foreign investments. Over the past few years, the international expansion of Brazil has been strengthened through strong incentives to Brazilian firms’ outward internationalization and a foreign policy aimed at enhancing south-south relations. Therefore, bases for cooperation as a means to facilitate investments in Latin America and Africa have been settled.

The BRICS Policy Center was present at the event, through the participation of its Social-Environmental Platform researcher, Maria Elena Rodriguez, as part of the first roundtable. Rodriguez highlighted the issue of incentive policy through the National Bank for Economic and Social Development (BNDES), especially in infrastructure, extractive industry, and agribusiness. Some figures about funding and money borrowed over the past few years have been introduced. The reconfiguration of the BNDES and the threat of China’s massive capital inflows into Brazil and Latin America were two other fundamental points brought into the discussion.

Another issue cut across those debates: the State capture by the private sector and the growing oligopolization of firms leading to the privatization of democracy.