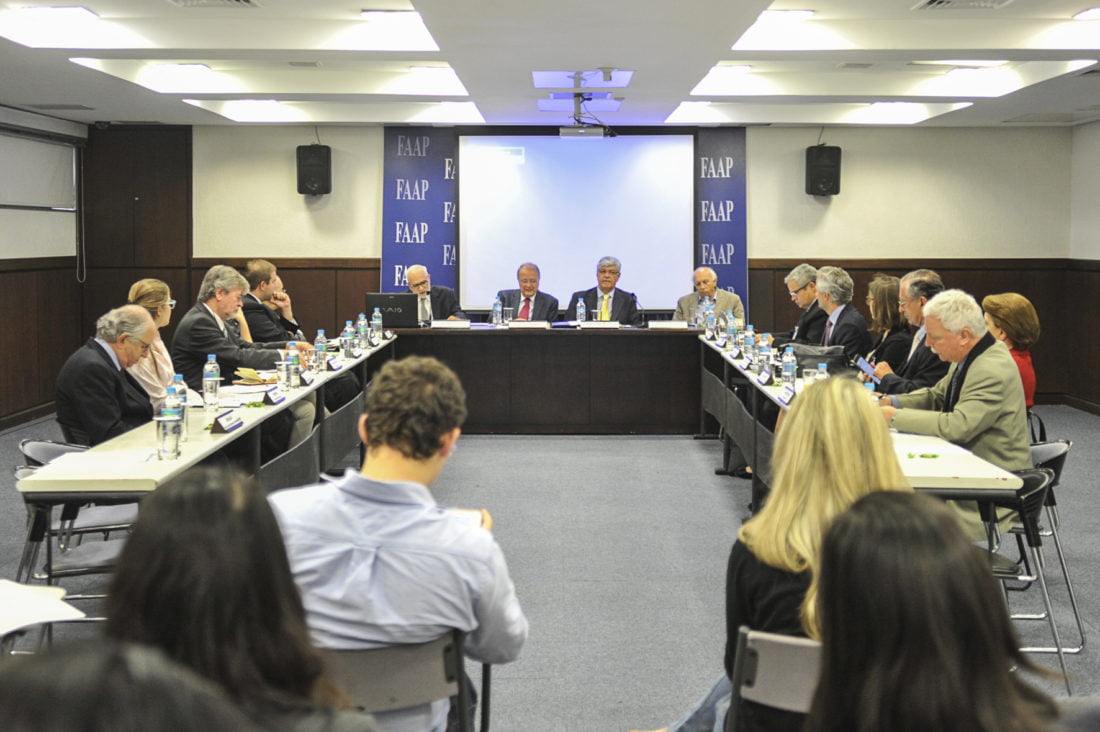 ROUND TABLE “EVALUATION OF THE VI BRICS SUMMIT”

Nearly 30 specialists were invited, including Professor Paulo Esteves, to discuss the results and prospects of the BRICS Summit that took place in July 2014 in Brazil.  The debate touched on topics such as the New Development Bank and the Treaty for the Establishment for a BRICS Contingent Reserve Agreement (CRA), the coordination intra-BRICS, cooperation areas, outreach with South American countries, Academic Forum and Business Forum as well as sustainable solutions for an inclusive growth.