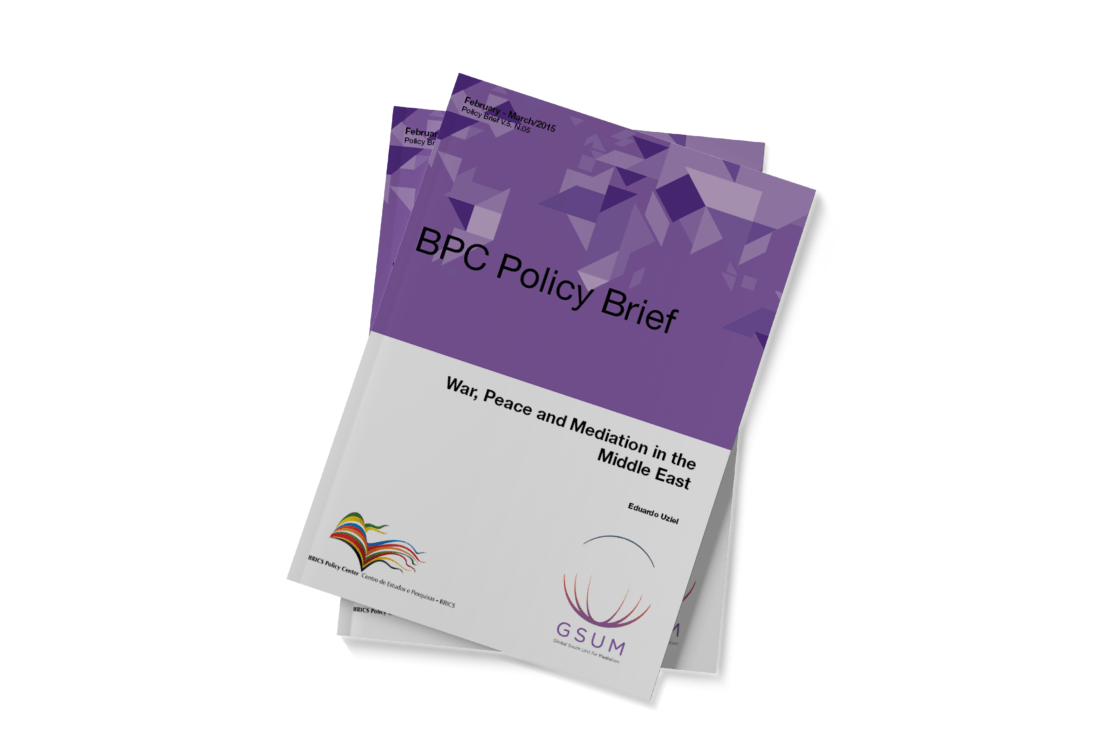 War, Peace and Mediation in the Middle East

While acknowledging the complexity of a seemingly never-ending conflict, Eduardo Uziel tackles the challenge of outlining and analyzing the main negotiation processes attempted in the Middle East since 1947. Uziel, a diplomat who has served at the Middle East Section of Itamaraty, divided his work into three sections that are organized chronologically. In the first section, he deals with the period between the partition and the Six-Day War; the second section analyzes the period from that point until the 1993 Oslo Accords; the third section, finally, goes from Oslo until the present day. Based on his observations, the author concludes that most probably no single method will solve the situation, and points out the immense costs bound for any person or organization that presents itself as a mediator.