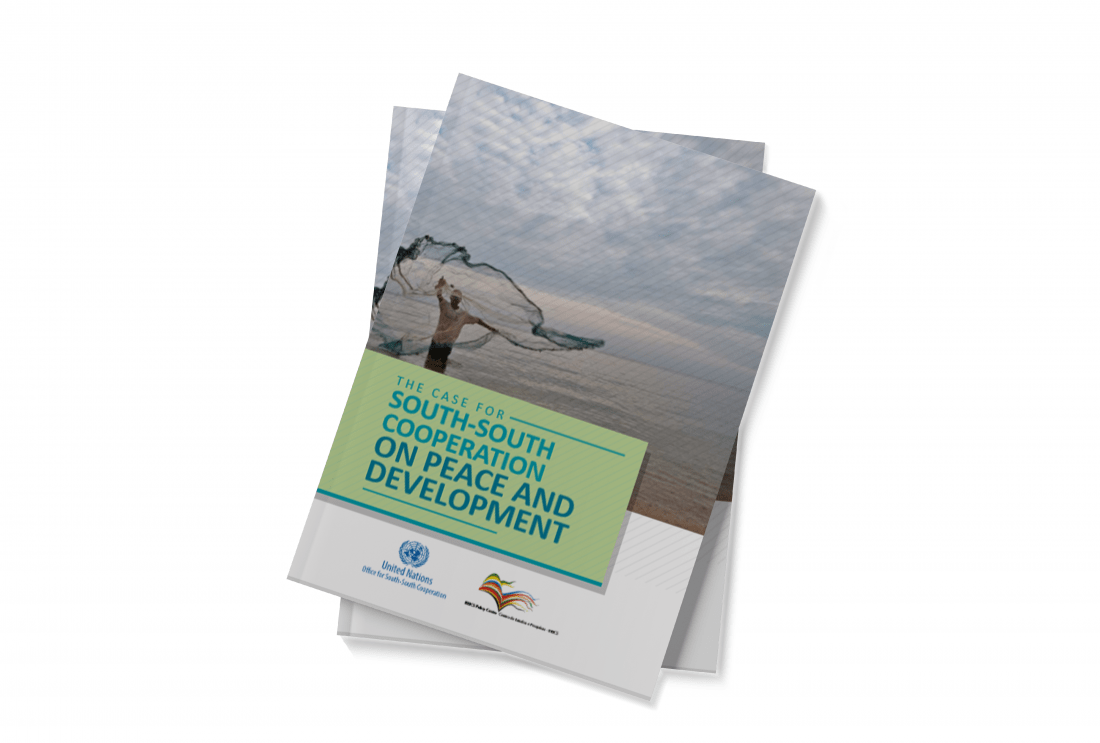 The Case for South-South Cooperation on Peace and Development

The report was produced by Isabel Rocha de Siqueira, senior researcher on Peace and Development, with support from Camila Santos, junior researcher at BPC. The research was commissioned by UNOSSC and conducted in collaboration with the newly founded Global South Thinkers on Peace and Development. It is available online and in print (limited) and will be released during BAPA+40, March 2019.

As we approach the BAPA+40, South-South Cooperation (SSC) faces a much different political world than that of its first High-level United Nations Conference on South-South Cooperation in 1978. While there was no mention of peace in that first plan of action, the United Nations 2030 Agenda, approved in 2015, makes peace and development (P&D) intrinsically connected. With estimates that by 2030—the same deadline set to achieve the Sustainable Development Goals (SDGs) —over half of the world’s population will be living in countries affected by high levels of violence, with the majority in the Global South, there is a window of opportunity for Southern countries to advance an agenda for P&D. Most importantly, as we take note of the positive contributions of SSC in past decades, this document shows that SSC on P&D is already taking place and that there is much to be known about these initiatives, especially if Southern countries are to make use of this political momentum.

This document takes two steps and makes two general, related arguments: we mobilize existing cases of SSC on P&D and suggest this valuable knowledge needs to be systematized and made accessible, so that SSC can be better equipped to address the P&D challenges that are now at the center of the international political agenda. In addition, this document scrutinizes the notions of peace and sustaining peace; P&D and the positions of some Southern countries and organizations relative to these notions; and SDG16 on peaceful, just and inclusive societies. With that, we generally identify an opportunity and a risk: the document suggests not only SSC can contribute to P&D but, more importantly, that SSC may do so in its own way.