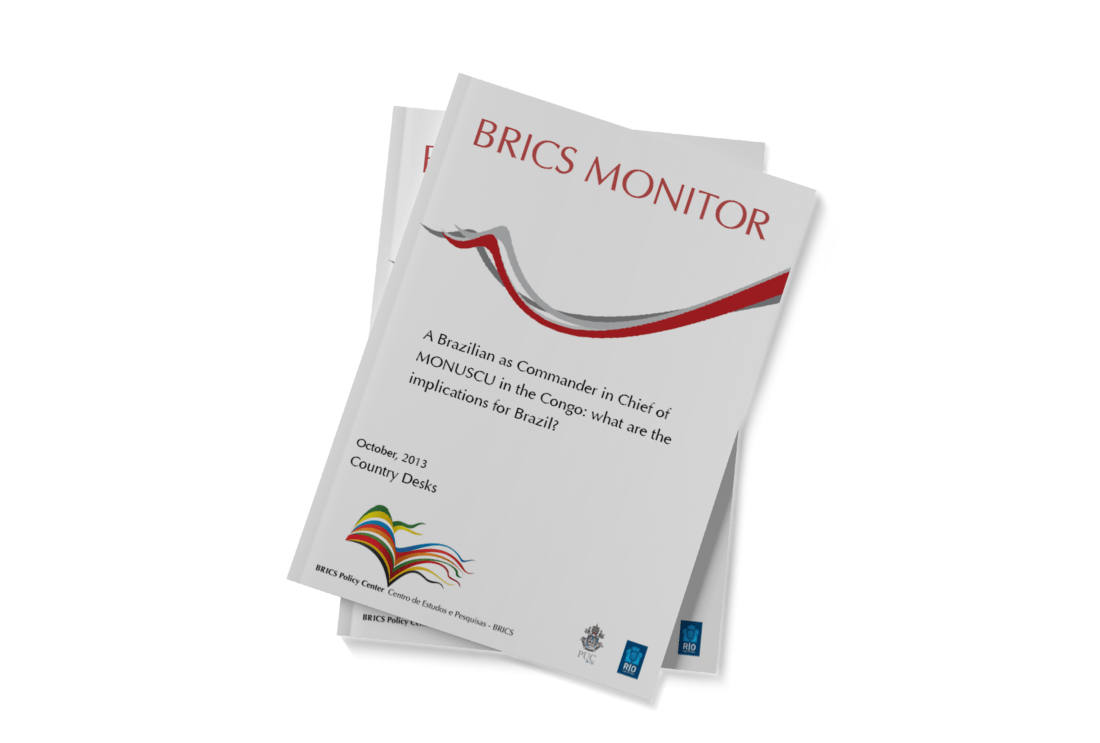 A Brazilian as Commander in Chief of MONUSCU in the Congo

The aim of this report is to discuss the expectations and impacts for Brazil in relation to the choice of the Brazilian General Carlos Alberto dos Santos Cruz to lead MONUSCO – considering, however, that this is a working title granted by the UN directly to the General and not a diplomatic claim or position occupied by Brazil. For this purpose, initially there will be a brief account of the current status of the conflict in the Democratic Republic of Congo. Then, a brief history of Brazil’s role in UN peacekeeping operations will be presented, along with data of the participation of other BRICS countries in such campaigns. The last part will be devoted to discuss the impacts and expectations of Brazil with regard to the decision of installing the Brazilian general as General Commander of MONUSCO.