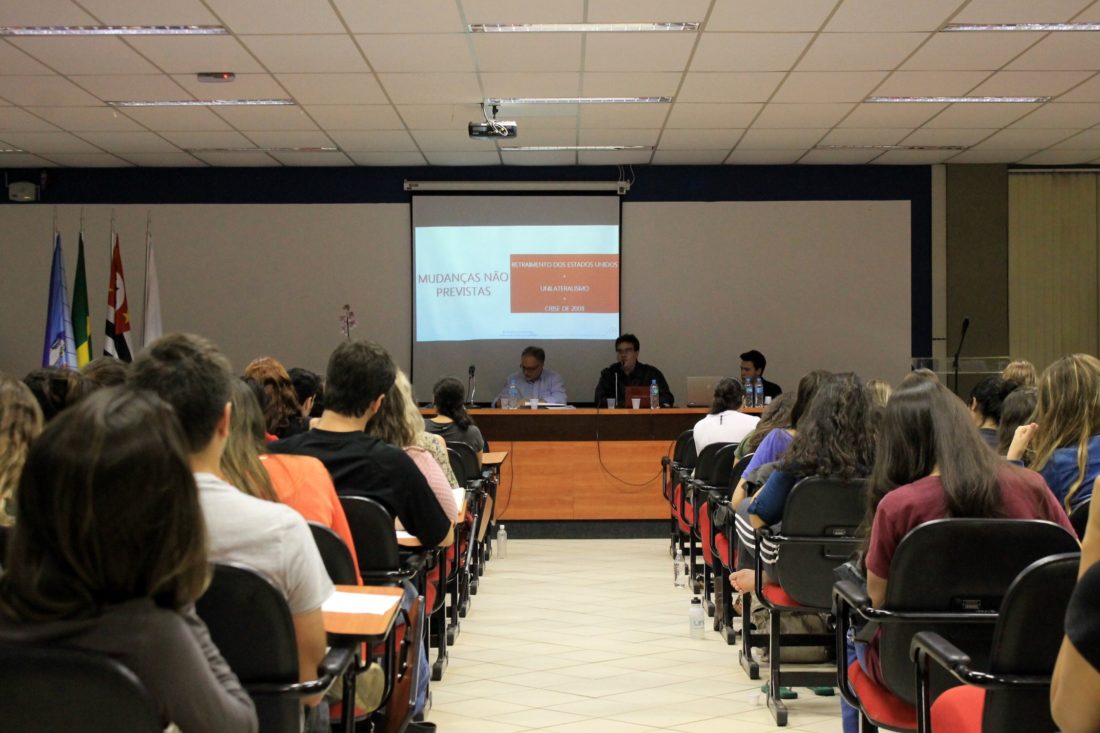 The debate, mediated by Professor Samuel Alves Soares (UNESP/Franca), with presentations from Professor William Daldegan de Freitas (UNESP/Franca), included a lecture from Professor Carlos on, “The BRICS Countries in the Contemporary World Order – Multilateralism in Transformation”.  The presentation addressed the contribution of the BRICS countries in the transformation of today´s world, as a group of emerging countries, which advocate for flexible pluralism and carry out a pragmatic redefinition of multilateralism. The presentation also touched on institutionalization possibilities for the group, thematic areas with potential for cooperation and the challenges of Brazilian foreign policy in Rousseff´s second term.