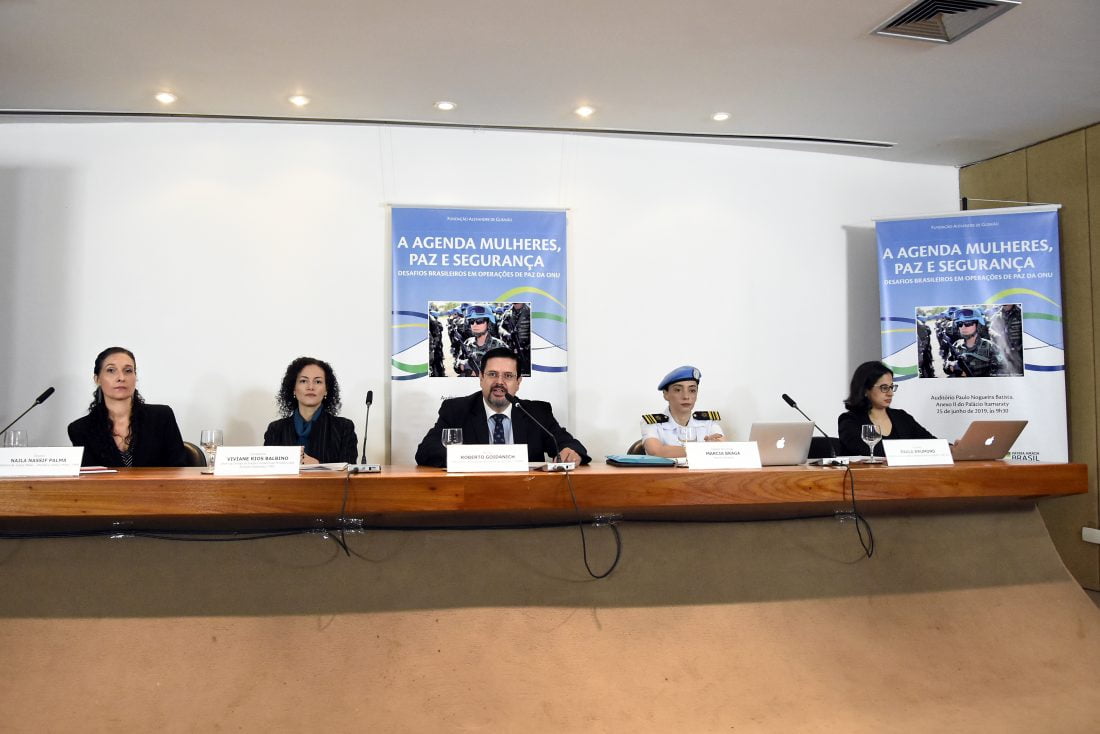 On June 25, 2019, Paula Drumond (deputy coordinator of the Global South Unit for Mediation (GSUM) and professor at IRI/PUC-Rio) participated in the Seminar “The Women, Peace and Security agenda: Brazilian challenges in UN peace operations”. The event was held by the Brazilian Ministry of Foreign Affairs and Alexandre de Gusmão Foundation (FUNAG), taking place at Palácio do Itamaraty, in Brasília.

The seminar aimed to discuss concrete ways of increasing the participation of uniformed Brazilian women in peacekeeping operations. The panelists shared their perspectives on the main practical and operational challenges for the execution of this goal, in order to subsidize the adoption of potential domestic actions, as well as the formulation of Brazilian suggestions to the United Nations.

In her presentation, Paula Drumond mapped and discussed the main obstacles for an increase in women’s participation in UN peace operations, reflecting on how Brazil and other member-states can work to reduce women’s underrepresentation in these settings. Opened by FUNAG’s president, minister Roberto Goidanich, the seminar also had presentations by Lieutenant Commander Márcia Andrade Braga, corvette captain of the Brazilian Navy, who is the recipient of the United Nations (UN) Military Gender Advocate of the Year award; and Dr. Najla Nassif Palma, specialist in peace operations and military justice. The debate was chaired by the head of the United Nations II Division of the Brazilian Ministry of Foreign Affairs, Counselor Viviane Rios Balbino.

To learn more about this subject, check out the report “Implementando a agenda sobre ‘Mulheres, Paz e Segurança’ no Brasil”, co-authored by Paula Drumond and Tamya Rebelo (GSUM collaborator and professor at Centro Universitário Belas Artes de São Paulo) and commissioned by the Igarapé Institute.