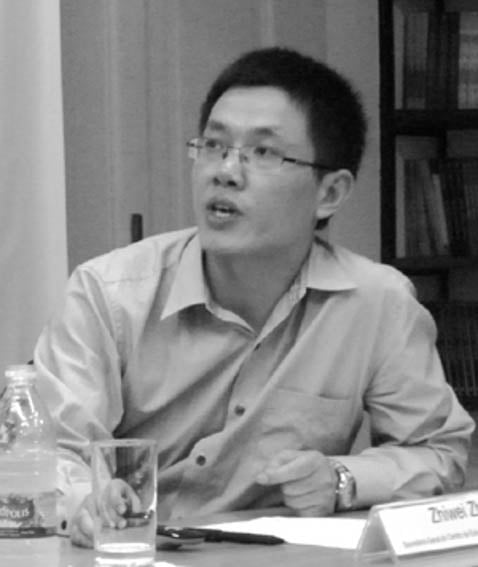 Zhiwei Zhou has a PhD in International Politics from the Institute of Latin America, the Chinese Academy of Social Sciences (CASS), Beijing, China. He has a degree in History from the Faculty of History of Hunan Normal University, Changsha, Hunan Province, China, and MSc in Latin American History from the School of History, the Institute of Humanities at the University of Hubei, Wuhan, Hubei Province, China . From 2007 to 2008 he was Visiting Professor at the Institute of International Relations at USP. Since 2002, he is Associate Researcher at the Department of International Relations at the Institute of Latin America and the Secretary General of the Center for Brazilian Studies at ILAS, CASS. He specialized in diplomatic relations between Brazil, Brazilian studies and regional relations in Latin America. It also has a study scheduled in Brazil about the “Administration Mechanism of Natural Resources in Brazil”, funded by the Ford Foundation.