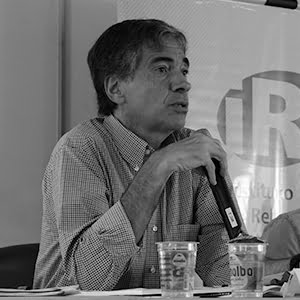 Luis Fernandes holds a degree in International Relations from Georgetown University in the United States, and a Masters and PhD in Political Science from the University Research Institute of Rio de Janeiro (IUPERJ). He is a professor at the Institute of International Relations at the Catholic University of Rio de Janeiro (PUC -Rio), where he coordinates research on International Economic Policy, and the Federal University of Rio de Janeiro (UFRJ). Over the past twelve years, in addition to his academic duties, he held various roles of government in the area of ??Science, Technology and Innovation. Was Scientific Director of the Carlos Chagas Filho Foundation for Research Support of the State of Rio de Janeiro (FAPERJ) from 1999 to 2002, Executive Secretary of the Ministry of Science and Technology (MCT) from 2003 to 2007 and President of the Financier of Studies and Projects (FINEP), 2007 to January this year. He was also a member of the Council for Economic and Social Development (CDES) of the Presidency and Director of the Brazilian Political Science Association (ABCP). He is the author of several books, papers and articles focusing on the transformation of the global order and the political economy of development.