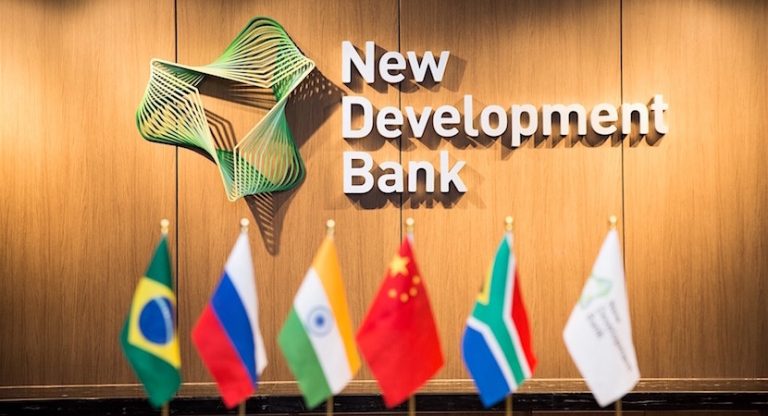 In an interview with Sputnik Radio, Maria Elena Rodriguez, professor and researcher at BRICS Policy Center, discussed the $ 500 million credit line that the New Development Bank, the official name of the BRICS bank, has granted Brazil for waste treatment projects. Read the full interview below:

Interviewer: Professor, how do you analyze the $500 million loan granted to Brazil by the new development bank?

Maria Elena: Well, I think that’s good news. Brazil has been waiting for a long time for Development Bank investment. And, I think the bank has a very important policy for sustainable investment lending.

Interviewer: It is one of the bank’s determinations to grant credit line for sustainable projects.

Maria Elena: Exactly. So, Brazil has long been waiting for these investments from the Development Bank which are central to Brazil, so it’s an important step. And, above all, for a topic that is fundamental for the country, such as waste treatment. So, I think it’s a realization of loan programs that were already long overdue. It is not a new initiative, it is an initiative that is 1 or 2 years old and has a disbursement schedule, in which Brazil was already on this disbursement list.

Interviewer: Professor, Maria Elena Rodrigues, in which other projects in Brazil could the New Development Bank, which is the official name of the BRICS bank, invest its credit resources?

Maria Elena: Well, between the Bank and Brazil several investment proposals were made, especially in energy, such as solar energy and wind energy. And these are proposals that come from a few years ago and that the bank is now making. And these disbursements, these loans are not just for Brazil, you have a big disbursement list for India, South Africa, it was also made for Russia, especially on these topics. Energy has been a very important investment sector of this new development bank. I think for Brazil it is quite important. Of course, and I would like to highlight one element here, that in financing sustainable projects, it is important to emphasize sustainability. Sustainability is a reality, and it is a reality that we have to be very clear about what it means to be sustainable. You must have environmental safeguards, that have respect for communities and populations, that have respect for the standards applied. And that is very important. So I think Brazil should earn a lot from the disbursement with this specific restriction for the sustainability theme.

Interviewer: Professor, what criteria does the new development band use to grant credit lines?

Maria Elena: Well, basically they are contemplated lines. Proposals are usually made among these sustainability lines, the bank analyzes such proposals, of course, and then defines the disbursement of loans. Until recently Brazil did not have much credit line. For example, India had enough credit line, South Africa had enough credit line. I think Brazil is now at a very important time to get these credits and these loans. So, from this, the bank has a rigorous analysis of the projects of the initiatives, especially regarding sustainability issues. And the idea is that the bank is very flexible … but one of the advantages of the New Development Bank is that it has a clear criterion for environmental issues, it has a sustainable line, it has a clear line of clean energy, it preaches for change. , environmental change and, above all, brings an initiative and an incentive for the BRICS countries to start a whole more sustainable change due to investments in infrastructure.

Interviewer: Professor, to conclude our interview: in your opinion, can the new development bank in the future reach the same dimensions as the major international financial bodies?

Maria Elena: Well… I think this will take a while, because the bank is still consolidating its capital. I don’t think you can compete with the World Bank or other banks that have already had a strong consolidation of capital for some 20, 30 years. We have a small bank, with small capital, but with every attempt to grow and have a bigger presence, especially in the BRICS countries. So I believe countries have high expectations, but it is a process that will take a while.

Interviewer: Perfect. Professor Maria Elena Rodrigues, thank you very much for this interview on Sputnik radio, best wishes to you and soon we will once again ask for new conversations from you for our show.

Maria Elena: Sounds good, I will be at your disposition. Thank you very much and good afternoon to all.

Check out the full audio interview below (available only in Portuguese):