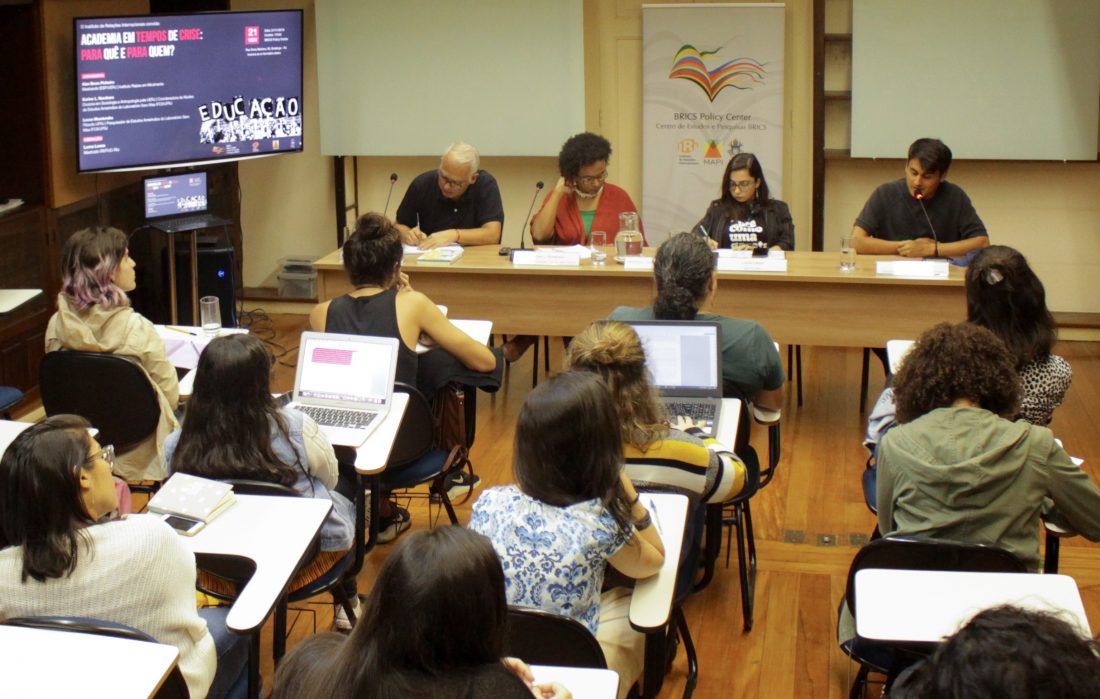 Lecture discusses the importance of the Academia in times of crisis

On the 21st of November of 2019, the BRICS Policy Center hosted the public lecture, “Academia in times of crisis: for what and for whom?”, organized by the graduate students in International Relations from IRI/PUC-Rio. The event provided an important debate between the invited specialists and the public.

Keeping in mind the current context of a process of attacks on social rights taking place in Brazil– including access to a critical and quality public education—the event brought together Alan Brum Pinheiro (UERJ/CPDOCA), Karine Narahara (UFRJ), and Lucas Munduruku (UFRJ) with the goal of measuring the role of academia in a moment of political crisis. This especially took into consideration the difficulty of producing emancipatory knowledge, capable of generating real change in the lives of the most marginalized populations of the system in Brazil, a country shaped by the enslavement of black people and by the genocide of native peoples.