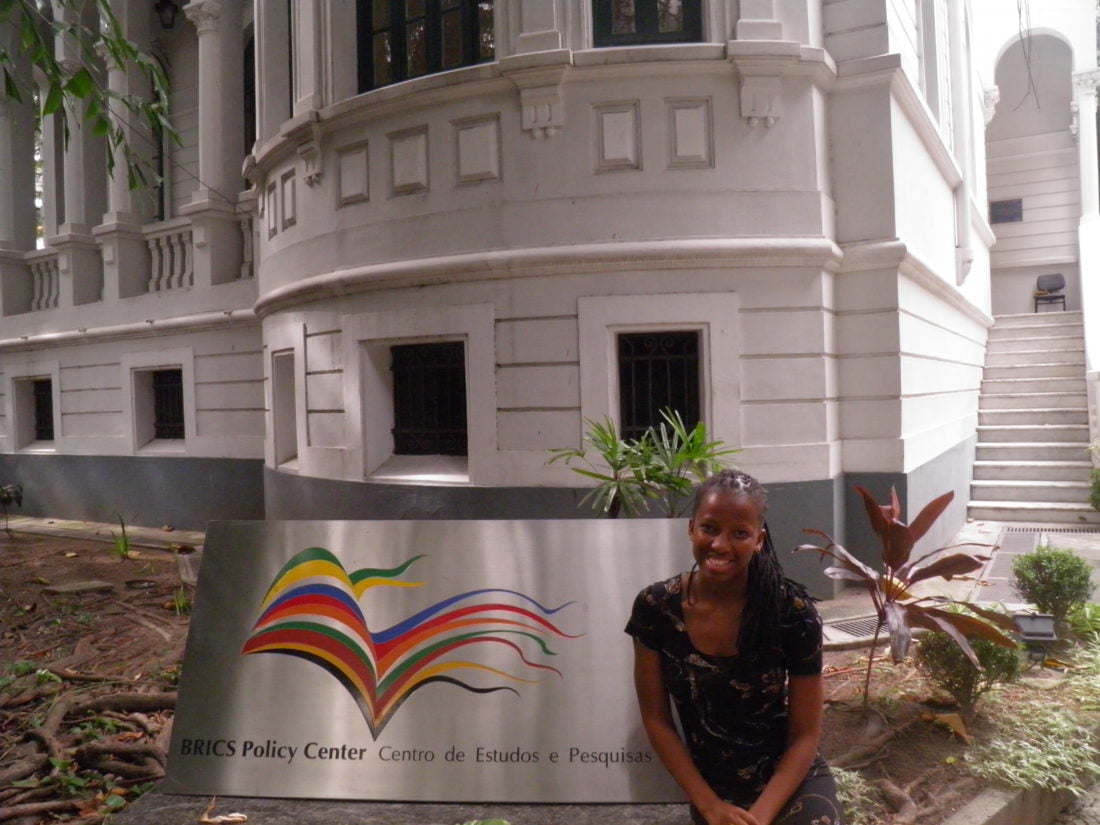 How do you see the partnership between BPC and SAIIA?

Matshaba: I think the relationship between the BRICS Policy Center and the South African Institute of International Affairs is really important considering the kind of research the two institutions are doing, particularly in the area of emerging powers and also BRICS and IBSA. So, I think, it makes a lot of sense when the countries of South Africa and Brazil are both pursuing deeper relationships that two institutions from both countries both could join together and do some research and collaborative work.

What do you think the two institutions should think as a result of this cooperation?

M: I really think it would be really valuable for both institutions and, it’s clearly being done so that really being done, is to kind of do more research and to be able to unpack the issues that both countries are facing. And it is clearly, with my experience here, it’s been quite clear there are a lot of things that at least South Africa can learn from the Brazilian experiences of searching some issues, an also Brazil to learn of South African experiences.

What did you developed during your stay at BPC? What did it help being at BPC during your research?

M: I think so fundamentally the reason why I came to BPC was to work on research on South African and Brazilian related issues. In particular, I looked at MERCOSUL and regional integration in South America and how that relates to regional integration in Southern Africa as well throw SACU, Southern Africa Costumes Union. Other than that, I’ve done a number of other articles with BPC staff and with various issues relating to Brazil itself. So, really, it has been quite a good experience and a lot has come out of it.

And how was for you to organize an event between both institutions in March?

M: Oh yes! The events in March, the BPC and SAIIA hosted two together and I think they were really successful events, quite a few people attended and was well organized. So I think it was a good experience and definitely worth doing for the relationship built between the two organizations. So, even for the future, I think it’s a very good idea for them to collaborate more for such things.

What did you think of you experience in Rio de Janeiro and at BPC?

M: I think my experience in Rio de Janeiro has been a really interesting one and has often been a re-realization of the fact that South Africa and Brazil have a lot in come. I think they are really different countries but they have a lot of issues that are really very similar. So, it was very nice to come across people and have conversation about Brazil, which I could so easily identify with my own country and the kind of research SAIIA is doing as well. So, it has been really productive and really do suggest that other people try it and, perhaps, we will have a BPC fellow in South Africa, which will be a great opportunity.