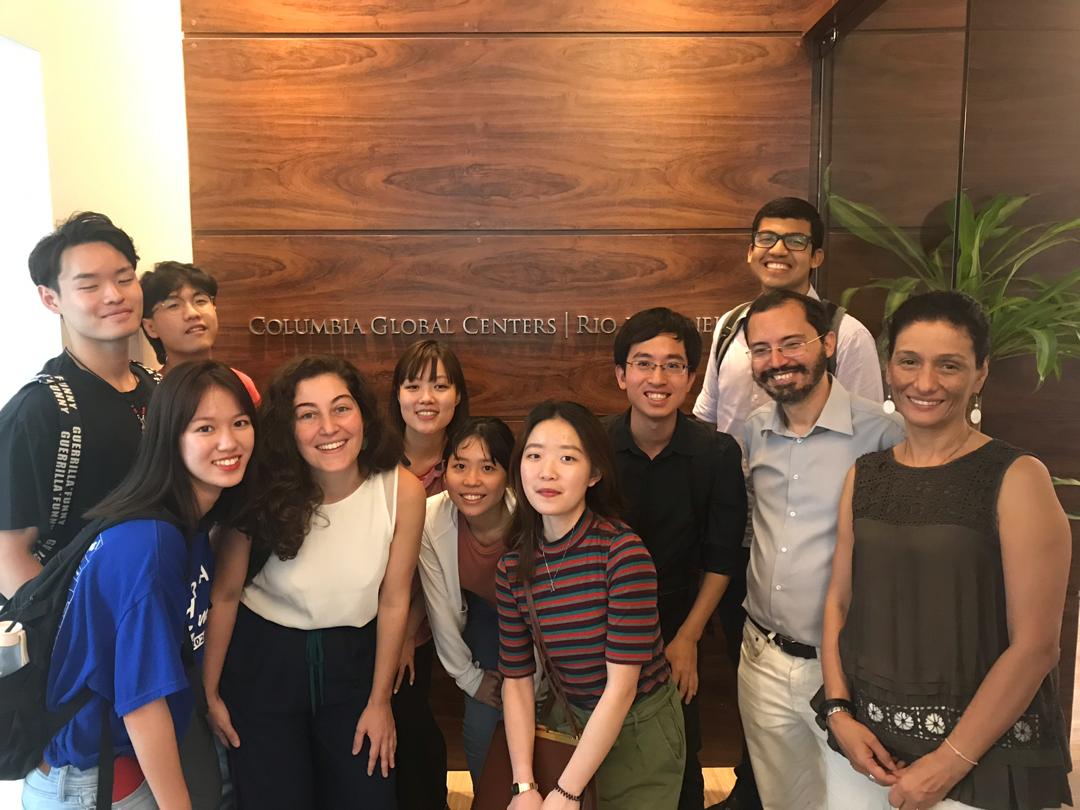 At a meeting with young researchers from the China House, BRICS Policy Center discusses Brazil-China relations and future collaborations

On June 27, Professor Maria Elena Rodriguez, a researcher at the BRICS Policy Center, participated in a meeting with the Chinese organization China House, represented by its founder and director, Hongxiang Huang, and other member researchers. The main objective of the meeting was to exchange views on China’s presence in Brazil, the investments made in the country and the economic relations. It was also the time for the Chinese researchers to present the first conclusions about their research work during the two weeks of their stay in Brazil, where they had the opportunity to interview members of the Chinese community and senior directors of the large Chinese companies operating in the country. The meeting also had the participation of researchers from UERJ and was held at the Columbia Global Centers, Rio de Janeiro, considering that the director of China House studied at Columbia University.

China House is a social organization that sends young Chinese people to various countries around the world to promote research projects and community actions to train young Chinese professionals to serve as a bridge between Chinese communities abroad and the rest of the world. The organization produces independent research on China’s foreign investment in emerging economies and proposes ways of engaging with Chinese communities located in these countries. At the end of the meeting, some joint work proposals were defined.