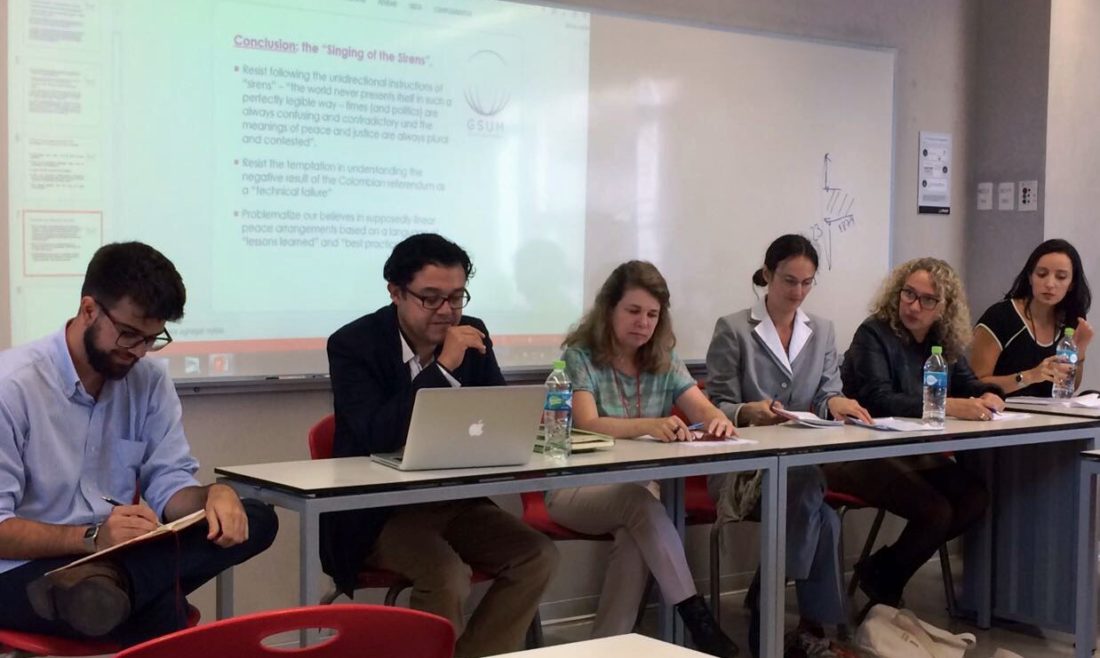 From April 29th to May 1st, 2017, in Lima, Peru, the Global South Unit for Mediation (GSUM) participated in the Annual Conference of the Latin American Studies Association (LASA). This year’s theme was “Diálogo de Saberes” (Dialogues of Knowledge). The GSUM was represented by its researchers in two panels during the event.

The second panel, entitled “Concepts, theories and practices in international peace mediation and peacebuilding”, was organized by Prof. Maria Siman Gomes, GSUM’s deputy coordinator. The panel intended to explore the concepts and practices involved in the different steps of the conflict resolution process, focusing on the discussion about the inclusion/exclusion dynamic in the production of peace.

Three out of the four works presented in the second panel were developed by GSUM’s researchers: ‘‘Weapons and International Mediation’’, by Prof. Mônica Herz, GSUM’s coordinator; ”The Colombian peace negotiation and the conditions of possibility for the invisibility of the “no” vote in the 2016 referendum”, by Prof. Maíra Siman Gomes, Prof. Marta Fernandez, of the Institute of International Relations (IRI/PUC-Rio) and Isa Mendes, GSUM’s research assistant; and ”Assembling El Salvador’s Gang Truce: Materiality and new ways for peace”, by Pedro Maia, GSUM’s research assistant.