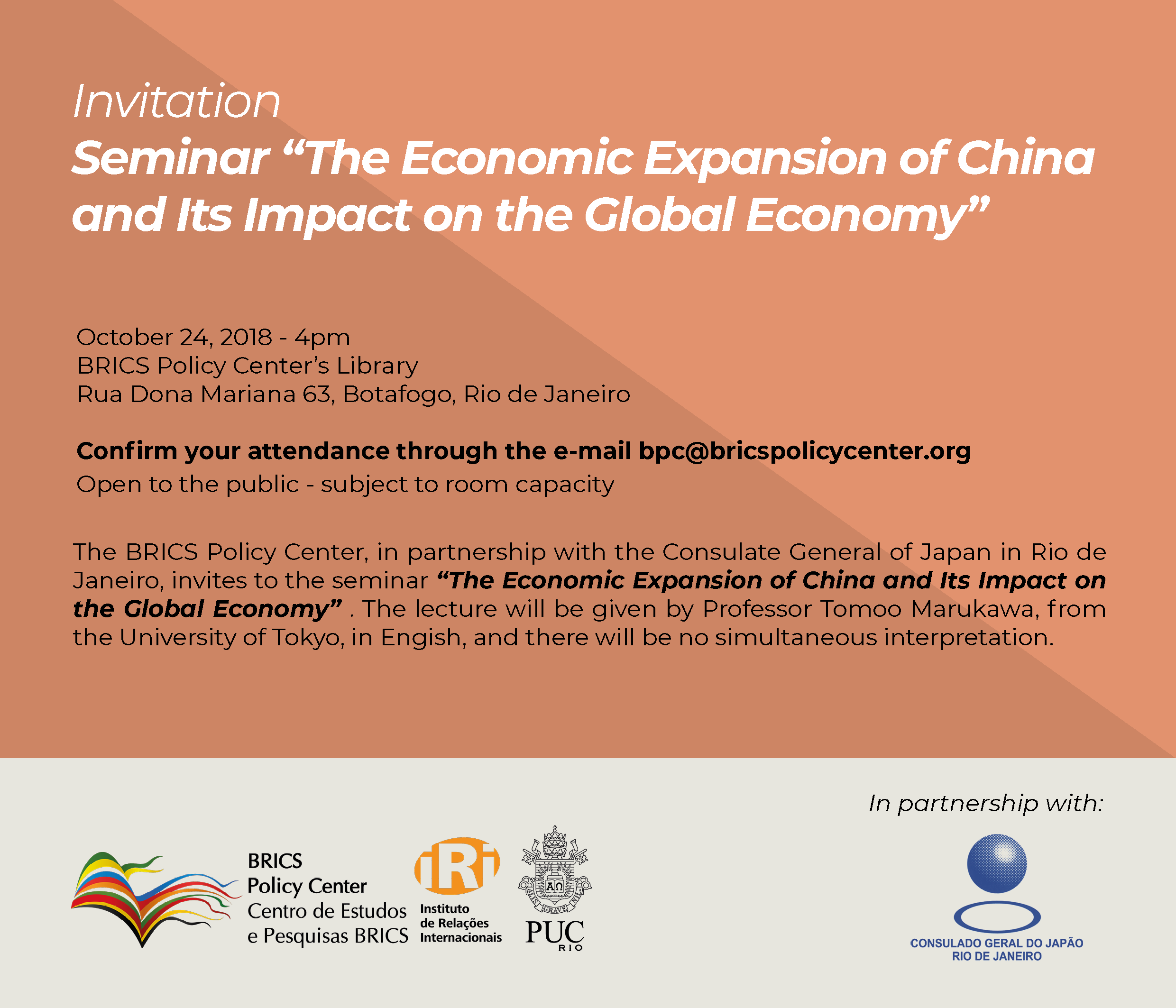 The BRICS Policy Center, in partnership with the Consulate General of Japan in Rio de Janeiro, invites to the seminar “The Economic Expansion of China and Its Impact on the Global Economy” . The lecture will be given by Professor Tomoo Marukawa, from the University of Tokyo, in Engish, and there will be no simultaneous interpretation. Learn more on the facebook page for the seminar.

The current “trade war” waged by the United States against China can be regarded as a reaction to the rapid economic expansion and technological progress of China. Conventional visions on the global economy which regard China as one of the newly industrializing nations, that depends on the advanced countries’ market, should be changed.

Then, how should we regard the current global economy? This lecture points out that the current trade relationship between China and the other emerging economies resembles the “center-periphery structure” proposed by Raul Prebisch during the 1950s. The emerging economies are pushed towards further concentration on primary goods exports in their trade with China. In some cases, they even suffer from severe economic turmoil that are affected by China’s economic fluctuations.