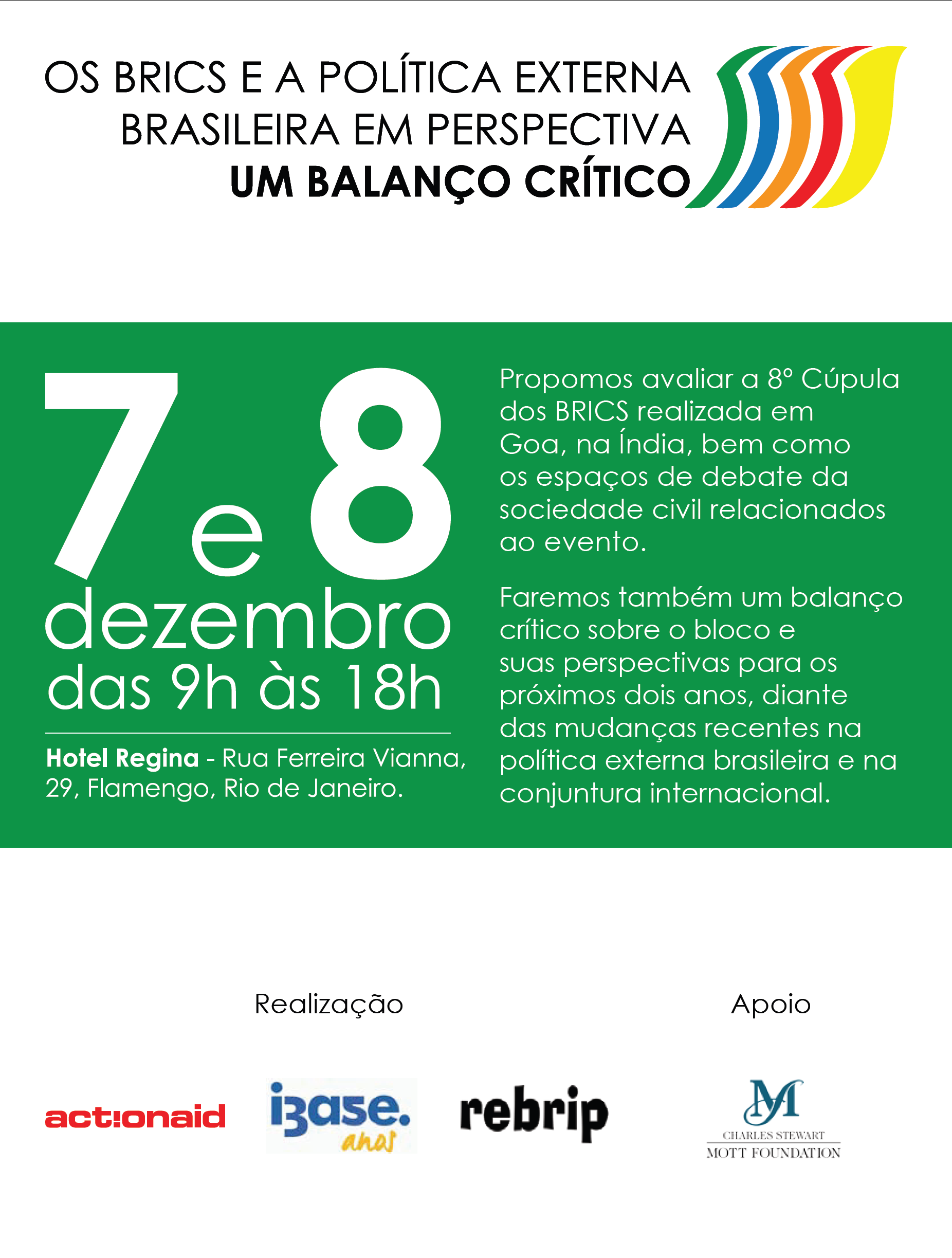 The main goal of the event is to analyze the 8th BRICS Summit, held in Goa, India, as well as the debated held by civil society during the Civil BRICS Forum and the People´s Forum on BRICS. An evaluation on the strategies adopted by the BRICS and its perspectives for the next two years will also be made, having in mind the recent changes in Brazilian foreign policy and in the international scenario.

The seminar will be closed and organized in six panels.