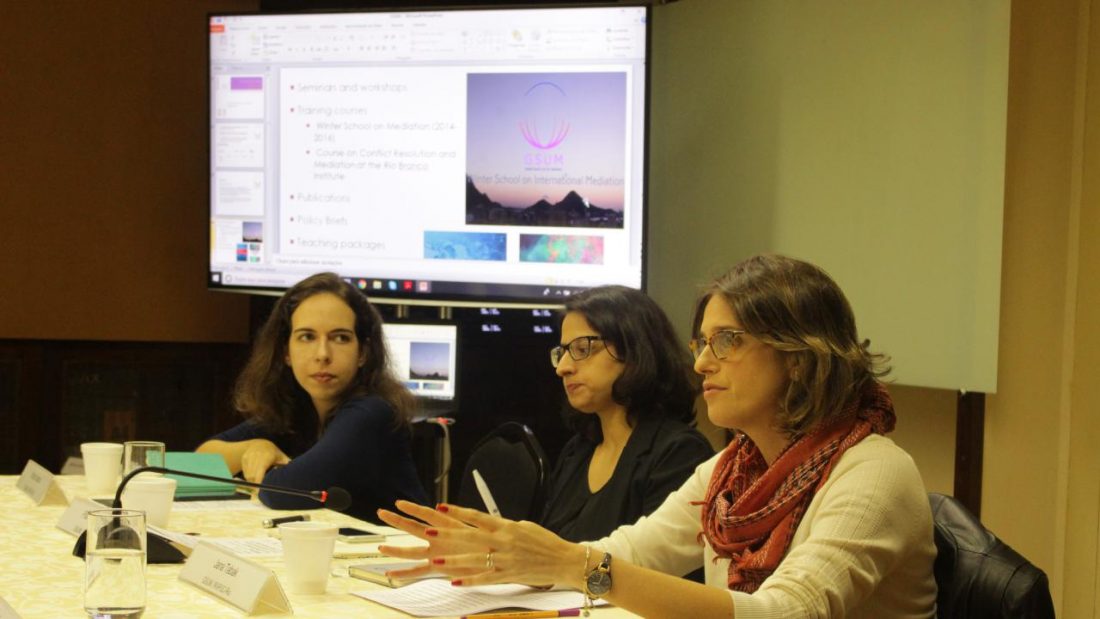 The research meeting, held by BPC,  took place on July 8, 2019, and aimed to bring together GSUM researchers (BRICS Policy Center) and a student committee of Columbia University’s Conflict Negotiation and Resolution Program to display and discuss researches in the area of violence, security and inequalities developed by GSUM.

The event was organized in two main sessions, under the themes “Approaching the Production of Violence and Security in Latin America” and “Interrogating Inequalities, Urban Violence and Public Security in Brazil”.