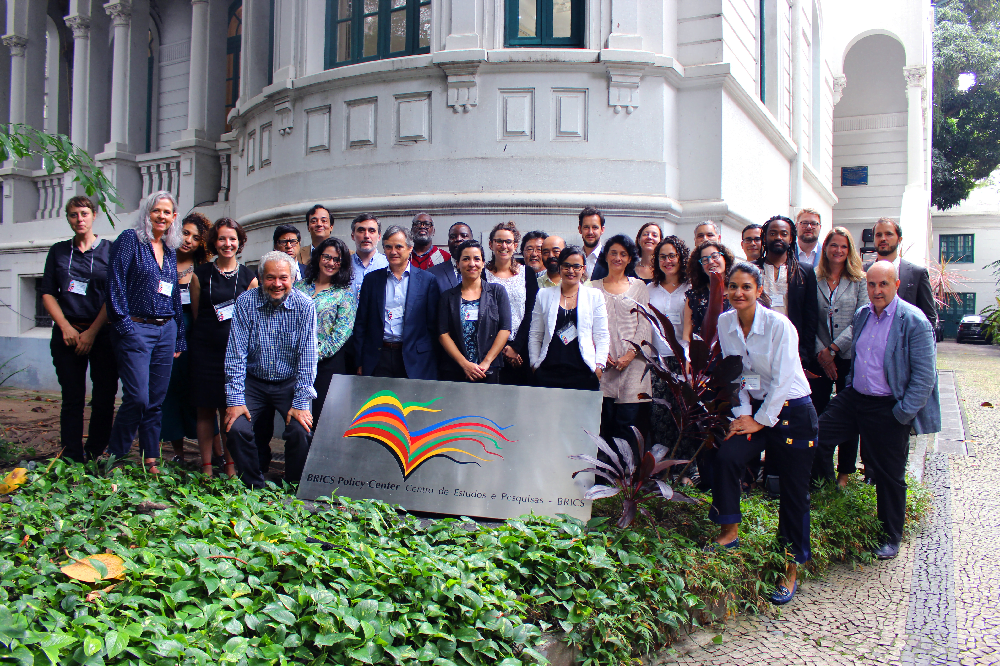 The BRICS Policy Center, in collaboration with the Brazilian Cooperation Agency (ABC), the Network of Southern Think Tanks (NEST) and other partners, promoted the “Dialogues on International Development Cooperation – Implementing the 2030 Agenda for Sustainable Development: working together for leaving no one behind“ from the 19th to the 21st of September, 2018. The goal of promoting dialogue among key actors of International Development Cooperation (IDC) has been fully achieved, with broad participation and engagement of representatives of governments, international organizations, research institutes, business, and civil society organizations.

The “II Dialogues” also aimed to contribute to the BAPA + 40 process by analyzing how different types and modalities of international development cooperation can be strengthened to better contribute to the implementation of the 2030 Agenda. After 40 years of the Buenos Aires Action Plan, the Second High-level United Nations Conference on South-South Cooperation (BAPA + 40) will take place in Buenos Aires in March 2019 and will be a historic opportunity to assert the importance of South-South Cooperation (SSC) and Trilateral Cooperation (TrC) and to discuss their contemporary challenges in the context of the Sustainable Development Goals (SDGs). The specific themes and subthemes of the Conference can be consulted here.

During the three days of the event, particular attention was given to the challenges and opportunities in the implementation of the “Leaving No One Behind (LNOB)”  approach, a central goal of the 2030 Agenda. Concerns about the reduction of extreme poverty and the multidimensional inequalities experienced by the world’s most vulnerable populations have guided the discussions of the three dialogues proposed. The event’s agenda was divided as follows:

On the first day of debates, it was discussed how TrC complements South-South and North-South cooperation in strengthening the means of implementation of the 2030 Agenda and by creating strong and horizontal global multi-stakeholder partnerships (SDG 17). The challenges, opportunities, comparative advantages and effectiveness conditions of TrC were also emphasized. Conceptual reflections were complemented by practical considerations about operational tools for making TrC fit for purpose. Furthermore, methodologies and good practices were proposed aiming to facilitate mutual learning and experience sharing.

In the second dialogue, the main theme was how Private Sector Engagement (PSE), a strong trend in international development cooperation, can contribute to the promotion of the 2030 Agenda, by mobilizing resources that strengthen the SSC and TrC. For reaching this purpose, experiences and good practices of PSE were presented. Throughout the day, trends, experiences, modalities and new perspectives for the promotion of PSE were mapped. In addition, potential risks and challenges were addressed, such as the attention needed to the relatively less developed countries (LDCs) and the responsibilities of middle-income countries (MICs), with emphasis on issues of regulation and harmonization of agendas. The day was concluded with recommendations on global guidelines for effective PSE.

The last day of dialogue focused on examining the contributions of SSC to an approach that “leaves no one behind”.  SSC experiences of reducing extreme poverty, and horizontal and vertical inequalities (i.e. within and between countries, emphasizing particularly vulnerable populations) were shared and debated. The reflection on how the existence of multiple differentiations between developing countries demand different levels of responsibilities and commitments was also highlighted.

The knowledge, experiences and reflections shared during the 2018 Dialogues have produced valuable recommendations for BAPA + 40, which have the potential to influence the practice of various actors of the international development cooperation community and to contribute to making it more effective and consistent with the goal of “leaving no one behind”.