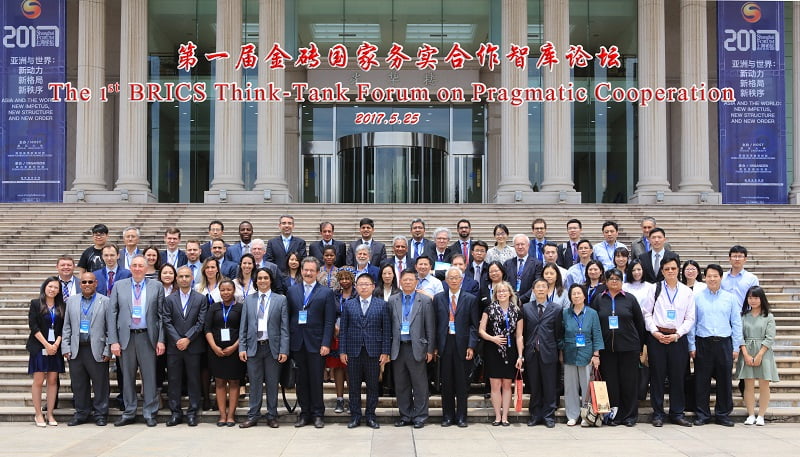 The 1ST BRICS Think-Tank Forum on Pragmatic Cooperation was held on May 25th and 26th, 2017, and it was organized by the Center for BRICS Studies of Fudan University in Shanghai – China, institution with which the BRICS Policy Center holds continuous dialogues. Besides Fudan University, the World Economy and Social Sciences Institute of Shanghai’s Academy and the International Studies Institute of Shanghai also were involved in the organization process.

The BRICS Policy Center was represented at the Forum by its researcher Geovana Zoccal that, apart from more than 50 governmental representatives, international organizations and from academy, counted with the participation of Ambassador Celso Amorim (former Minister of Foreign Affairs and former Minister of Defense), Paulo Nogueira Batista (Vice-President of the New Development Bank) and Chen Duqing(former Chinese Ambassador to Brazil).

The Forum, which had the theme “Globalization in the Time of Transition: Shared opportunities, challenges and responsibilities for BRICS”discussed topics related to sub-regional cooperation, institutional development, cooperation for development, educational cooperation and economic cooperation. Its main objective was to analyze the next steps of BRICS countries giving the proximity of the new decade and the current scenario of economic recovery, rising protectionism and anti-globalization processes and how these questions translate into challenges and opportunities for the group.