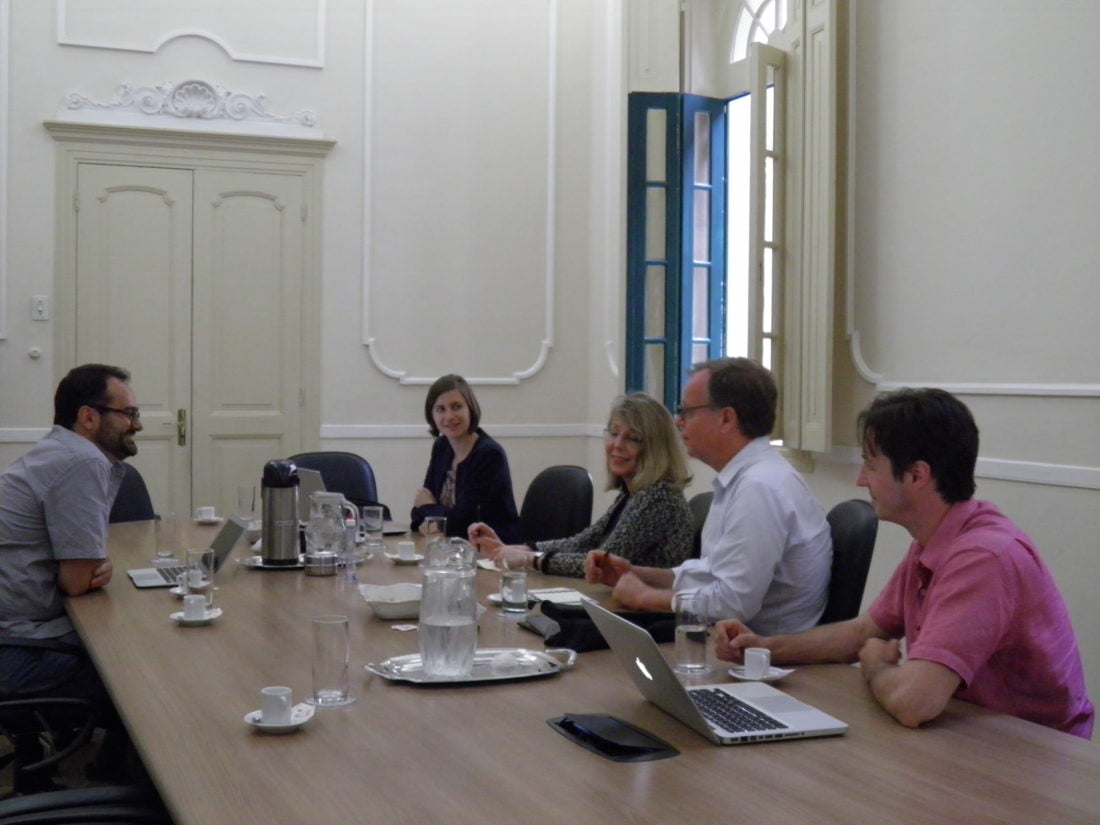 The BRICS Policy Center (BPC) and the Pontifical Catholic University of Rio de Janeiro (PUC-Rio), through the International Cooperation Central Coordination Office (CCCI), celebrate a cooperation agreement with the University of Melbourne, Australia. The agreement provides the promotion of academic activities, scientific workshops and events;  research; exchange of from different areas of both universities.

This partnership is a result of the BRICS Urbe project initiative, together with the International Relations Department from the City Hall of Rio de Janeiro, that has welcomed in the city and at BPC a delegation of Australian Universities, including the University of Melbourne  in November 2014.