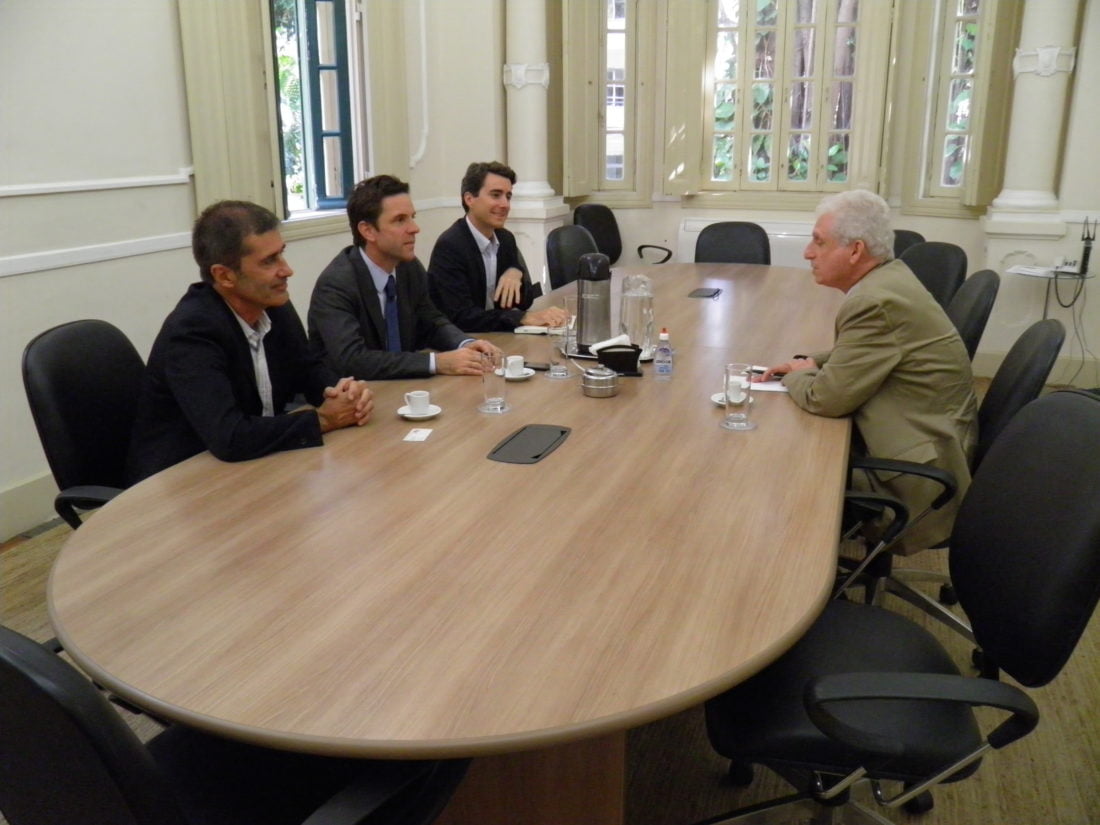 On August 07, 2015, researcher Sérgio Veloso met with Mr Pavel Andreev, vice editor in chief of the Rossiya Segodnya news agency, who presented a project to build an integrated basis for exchange of data, information and analysis on the BRICS countries.

And on 20th of the same month, researcher Paulo Wrobel received Mr Justin Vasse and Mr Jean-Baptiste Jeangene Vilmer, diplomats from the Ministry of Foreign Affairs and International Development of France. The French diplomats were visiting Brasilia and Rio de Janeiro, and were interested in BPC’s activities and our view of the BRICS evolution, especially the relations between Brazil and China.

They talked mainly about the Brazilian foreign policy and specific issues of the global agenda, such as the COP21 meeting, which will take place in Paris in December