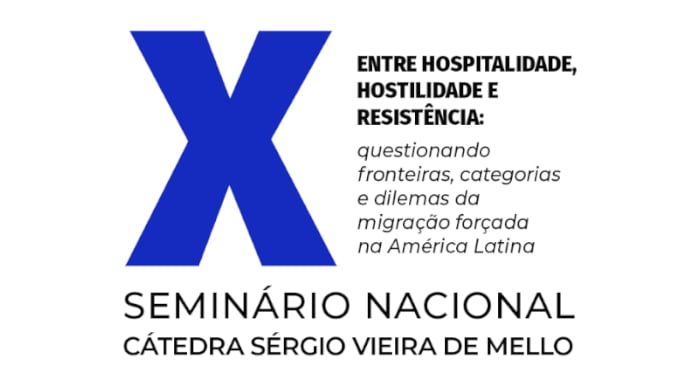 On September 11th, BRICS Policy Center hosted the opening of the 10th Seminar of the Cátedra Sérgio Vieira de Mello. Being inherently interdisciplinary, interdepartmental and interinstitutional, the Seminar was jointly organized and coordinated by the four Fluminense CSVMs, the PUC-Rio CSVM, the UERJ CSVM, the UFF CSVM and the Casa de Rui Barbosa Foundation CSVM. The central theme of the discussion is hospitality, hostility and resistance from a critical perspective that seeks to question and rethink borders, categories and dilemmas of forced migration in Latin America.

On the other two days, September 12 and 13, the activities were held at PUC-Rio, containing public panels, conversation rounds on specific topics and a movie club with short film and documentary presentations. Also, the closing conference was dedicated to the indigenous issue in the area of ​​hospitality, hostility, and resistance in Latin America.