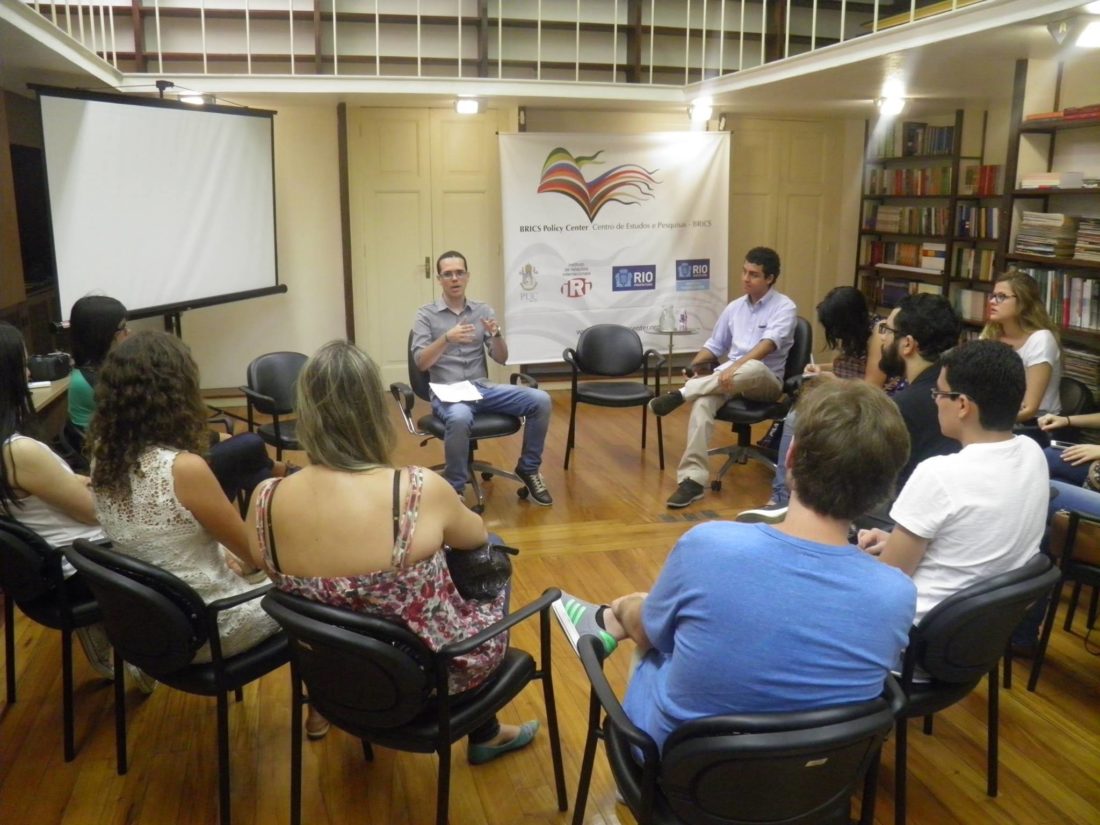 The Centro Acadêmico de Relações Internacionais from PUC-Rio (CARI PUC-Rio) with the support from BRICS Policy Center organized the event Debatepapo about the career path in International Relations, on January 7th, 2016, at the BPC’s library. The guest for this debate was Wallace Alves, a former student of the Institute of International Relations (IRI/PUC-Rio) that was approved in sixth place in the last test for the Rio Branco Institute.