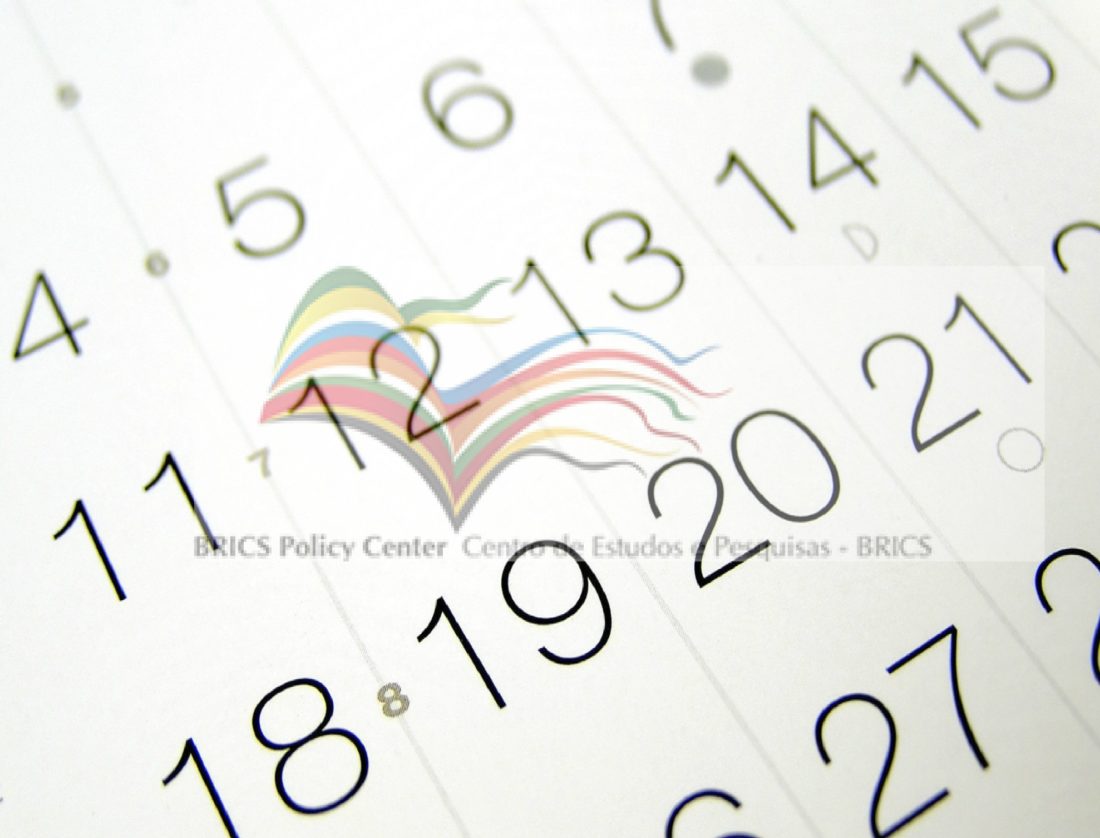 In the last few weeks, participated in several international meetings and events, among which we list below:

On November 4, Prof. Paulo Esteves participated as a speaker in the seminar “China, Latin America and European Union, A Triangular Relationship?”, organized by the EU-LAC Foundation, CAF Development Bank of Latin America and BPC’s partner German Institute of Global and Area Studies – GIGA , in Hamburg, Germany. The objective was to analyze the interactions between these regions by identifying opportunities and challenges involved in the triangular relationship.
For more information on this event, including program, click here.
BPC received the executive director and the cultural head of the Brazil Turkey Cultural Center (CCBT), Mr. Yusuf Elemen

On November 11, researcher Paulo Wrobel welcomed the executive director and the cultural head of the Brazil Turkey Cultural Center (CCBT) Yusuf Elemen. Mr. Elemen was accompanied by Turkish professor, Mr. Fatih Taskin. The visit was meant to provide an opportunity to present the work developed by CCBT and to discuss the possibility of a collaboration with BPC. Although much of the center’s work focuses on Turkish language and culture, Mr. Elemen has been strengthening CCBT ties with Brazilian international relations institutions, especially in Sao Paulo where the center is based.
There was also a discussion on potential joint events that would focus on Turkey and the BRICS countries.
BPC participated at Sustainable Cities Forum, promoted by Sustainable Development Solutions Network Brazil

On November 12, the researcher Sérgio Veloso participated in the Sustainable Cities Forum, promoted by the Sustainable Development Solutions Network Brazil (SDSN). The Sustainable Development Goals agenda was discussed, with an emphasis on objective 11, which focuses on cities as spaces of fundamental importance in order to arrive at a real sense of global sustainability. The event also meant to promote the expansion of the SDSN Brazil network in Rio de Janeiro.
Representatitives from the University of Melbourne visited the BPC

Professors Hayley Henderson and Adrian Hearn from the University of Melbourne visited the BRICS Policy Center on Nov. 19, to meet with the center’s Administrative Coordinator, Lia Lopes, as well as researcher and BRICS-Urbe project coordinator Sergio Veloso. The University of Melbourne recently signed a MoU with PUC-Rio in order to deepen ties and partnerships with the BPC.
During the meeting, there was a discussion on possible joint projects to culminate in research and events. Topics discussed included sustainability, south-south cooperation, inequality and climate change.”