The Forum on China-Africa Cooperation (FOCAC)

FOCAC has 5 guiding values that embody the spirit of South-South cooperation: equality and mutual benefit; diversity in form and content; emphasis on practical results; pursuit of common progress; and amicable settlement of differences (Source: FOCAC website). Commitments made during the forum are divided into five broad cooperation areas as follows:

Summary of Main Commitments of FOCAC

Commitments made during the forum are divided into five broad cooperation areas as follows: 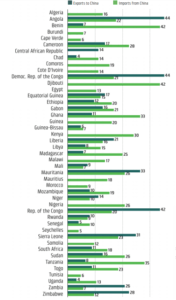 Growth of Merchandise Trade between FOCAC countries and China 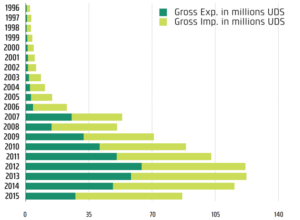 China’s FDI in Africa by volume and distribution 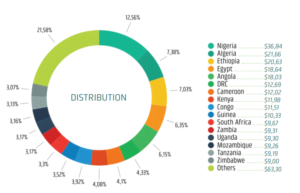 China, FOCAC and the Environment

Environmental protection has been part of China-Africa cooperation since FOCAC formed in 2000. However, the environment only became a focal point in 2012 at the fifth Ministerial conference, receiving its own section in the action plan. As trade and investment in Africa increase, there will be a greater need to monitor damage to the environment and the loss of biodiversity. Development and rapid urbanization will create greater needs for urban infrastructure, food, water and employment. Africa’s population is the most susceptible to climate change with a large population, poor soil quality and water scarcity (Burgess, 2012). Africa will need to balance sustainable development efforts with economic growth and poverty alleviation.

Major obstacles to the successful development of China and Africa are the high levels of African debt, inequality and the economic downturn in China. The high levels of debt and interest repayment requirement compete with public spending on health and education. In many African countries, the level of debt inhibits social development and new infrastructure projects. The current trend has been to move from traditional lenders like the IMF to private creditors that precludes the possibility of debt forgiveness, posing a risk for Africa’s future development (Walker, 2014). Further, current aid for social development may not be reaching the poorest populations for effective poverty alleviation. Studies have shown that aid disproportionately flows to regions with richer populations (Briggs, 2015).

The current economic downturn in China is also predicted to have consequences on the development efforts of the Forum. China’s slowing growth has already affected commodity prices – Africa’s primary export and market (Pigato; Tang, 2015).

The current development strategies of China and Africa are highly compatible: China is working towards the Two Centenary Goals and Africa is implementing Agenda 2063 and its First 10-Year Plan. Africa will need to diversify their markets to become more competitive by reducing their dependence on commodity exports. China’s investment in African countries represents a great opportunity for development of the continent, but needs to build on best practices and consider sustainability.8 Currently a lack of reliable data on China’s FDI and development assistance to Africa is hindering a more comprehensive and effective approach.